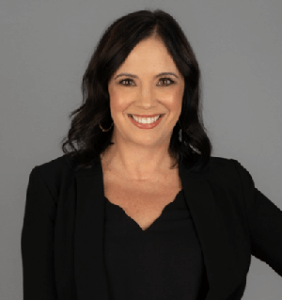 Roxanne Steele has been added as co-host of Broadway In The Morning radio show on Cumulus Media’s Detroit Country station WDRQ-FM, joining host Bill Broadway. Steele’s been a part-time host at the station since 2018.

Before WDRQ, Steele worked middays on Audacy’s WYCD-FM and WDZH-FM in Detroit. Steele attended the Academy of Radio Broadcasting and landed her first on-air job at age 19. After stints in Washington, Texas and Arizona, Steele spent 12 years with CBS Radio Chicago, as Afternoon Host on WBBM-FM and later, as Afternoon Host on sister station WCFS-FM.

Cumulus Detroit Director of FM Programming David Corey said, “I am thrilled to have a superstar like Roxanne join Broadway in the Morning each and every weekday. The combination of having those two together in morning drive is super exciting.”

Steele remarked, “I’m so excited to join Broadway in the Morning and be a part of Detroit morning radio where so many legendary morning shows exist. This is an incredible opportunity and I’m beyond grateful for it.”