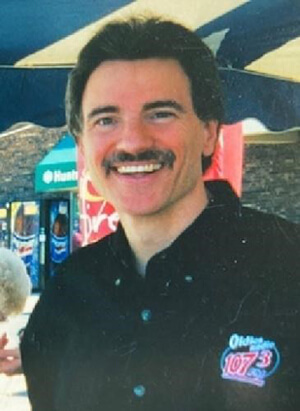 The MAB has learned that Michael Sirianni, a popular West Michigan radio host, passed away July 20 after a decades-long fight with MS. During the 80s, 90s and early 2000s he worked at various West Michigan stations including WLHT-FM, WJFM-FM, WODJ-FM, WLAV-FM, WOOD-FM and WCSG-FM. Sirianni started his broadcasting career at WTRU in Muskegon.

He was diagnosed with multiple sclerosis in 1993. “As popular with his radio audience as any West Michigan radio broadcaster during his long career, Michael was universally loved and respected by those who knew him away from the microphone,” family members told WOOD-TV.

Former WLHT Program Director and longtime friend of Sirianni, Steve Dirksen, made the announcement on an industry message board: “This is one of the hardest things I have ever written. My friend Michael passed away this morning from MS. His wife Jackie informed me just after 6am. Michael was a friend, a brother, a midday guy, a follower of Jesus, a third baseman, a lover of thousand island dressing and if I recall correctly, Tony Gates once said he had a voice like “butta.” My words could never do a tribute to Michael as it should be done, but I will take some comfort knowing that his voice and hand gestures that go with it, will be with HIS voice from now on. I believe I will listen to Steely Dan today.”

Sirianni was born and raised in Muskegon Michigan and is survived by his wife of 34 years, Jackie, his parents, Joseph and Harriett Sirianni, and his siblings, Joseph, Tony (Anne), Frank and sister Linda, nieces and nephews Anthony, Danielle, Joseph and Alex and sister in law Sandy.  A service celebrating his life will be held at a later time. Family is asking for donations to Faith Hospice in lieu of flowers.