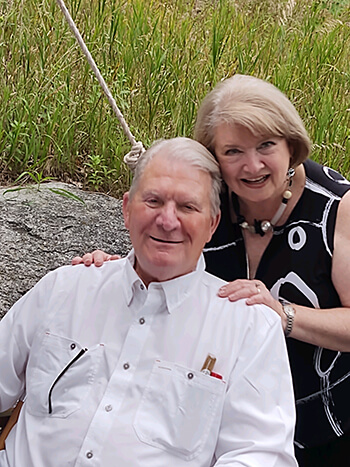 On Saturday, July 31, I was on-hand for the 80th birthday party for Ross Biederman, President of Midwestern Broadcasting.  The celebration was held at the barn of Chris Warren, General Manager of the company.  I was honored to be among the many local friends, family and long time clients to be invited to the gathering to celebrate this tower of man.

A video presentation looking back at the highlights of his career and a life well lived was presented. The video showed highlights of Ross as a child, up to manhood as Chairman of the MAB and at many MAB and MAB Foundation events. It was a fun look down memory lane.

Ross and his beautiful wife Brenda are a striking couple and as gracious as can be. I have known Ross for thirty six years. He was a past president of the MAB before 1985 when I arrived, he served on many committees throughout my tenure at MAB, including as a founding committee member of the MAB Foundation. Ross regularly attended our Washington, D.C. “Call on Congress,” pounding the halls of the Longworth, Russell and Hart buildings, speaking with our Congressional delegation on issues of importance to broadcasters.

Ross and his father have both been recipients of the MAB Lifetime Achievement Award. Les Biederman in 2002 and Ross in 2007. Ross comes from broadcasting royalty. His father brought radio and television to northern Michigan and was an early member of the MAB. It was my honor to be invited to celebrate Ross and his broadcasting legacy.  Happy Birthday Ross!