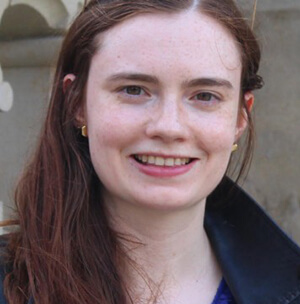 Prior to joining WKAR in June, Lehr covered local government news as a city watchdog reporter for the Lansing State Journal. She started her career at the Youngstown Vindicator, a daily newspaper in northeast Ohio.

“I’m excited to use the skills I’ve developed as a print journalist and to expand into the broadcast world,” said Lehr, a graduate of Kenyon College.

“In her new role, Sarah will be able to expand that coverage beyond Lansing, while giving our community a clear picture of the context beyond government decisions by speaking to the people affected,” said Karel Vega, WKAR News editor.

Lehr recently did a special interview with WKAR’s All Things Considered Host Sophia Saliby, in which she spoke more on the transition from print to public radio. “It’s been a pleasure to work with and learn from the WKAR team so far,” Lehr said.