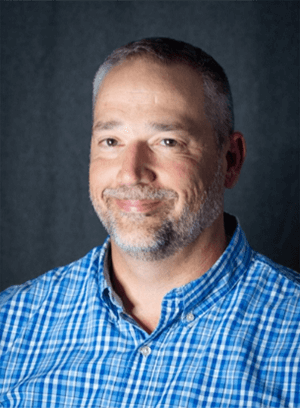 A recognizable voice is returning to the Jackson, Mich. airwaves as McKibbin Media Group (MMG) announced the hiring of veteran on-air personality Marc Daly. Daly, who officially started his second stint with Jackson-based MMG on July 26, will serve as an on-air personality and marketing/sales specialist for the iconic radio stations.

Daly will be hosting a local two-hour sports show on MMG’s Fox Sports Radio 101.9 FM in Jackson, among other duties. Dates and times for the new sports show will be announced at a later date. “Bringing Marc Daly back into the fold at McKibbin Media Group was a tremendous opportunity for us,” MMG President and Owner Katina McKibbin said. “Marc was a staple on the air for many years in Jackson, so to bring him back in this new capacity is exciting for our stations. He is a great radio professional who has a great deal of passion for our industry. We are pleased to have him back.”

Daly comes from the Jackson County Animal Shelter, where he served as program and volunteer manager since 2019. He was also a campaign manager for the United Way of Jackson County from 2014-2019. Prior to the United Way, Daly cut his teeth in radio, having served as program director for MMG (then called Jackson Radio Works) for 10 years (2004-2014), where he won multiple awards from the Michigan Association of Broadcasters (MAB). He hosted a variety of shows in Jackson at that time. Daly also spent several years working in radio in Adrian, Mich. He is a 1995 graduate of Eastern Michigan University, where he majored in telecommunications, radio, TV and film. He resides in Horton, Mich. with his family.

In another personnel update, K105.3 (WKHM-FM) Morning Show Co-Host Jenny Lewis, who has been with MMG for three years, has added Production Director to her title. In addition to continuing to co-host the K105.3 Morning Show with Scott Clow, Lewis will be responsible for overseeing all commercial production for MMG’s Jackson stations. This is a natural move for her, following Jared (a.k.a. J-Rod) Hammond’s recent promotion from Production Director to Operations Manager.