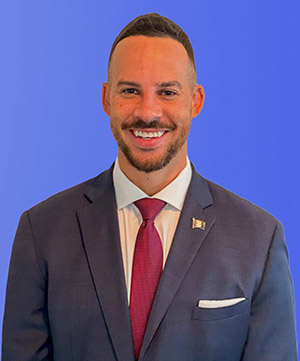 Sam Klemet rose out of 38 applicants to be the number one choice of the MAB Transition committee for the position of President/CEO of the MAB upon the retirement of long-time President and CEO Karole White in January of 2022.

Sam will begin at the MAB in early September as President-Elect and work with Ms. White until her retirement. Ms. White is working out the details with the transition committee to serve as a consultant to the new CEO for a period of time as needed next year.

MAB Transition Chairman Peter Tanz said in his report to members “after meeting Sam and going through a rigorous interview process, background and reference check, it was clear that he was the best choice to be the next CEO of MAB.”

Sam has a unique combination of skills coming from a broadcasting background working in radio, television and public radio as well as serving five years with the Indiana Broadcasters Association. He knows both sides of the coin, broadcasting and association management.

Sam addressed the membership at the Annual Business Meeting last Tuesday and attended his first MAB Board Meeting. He will work in tandem with Ms. White until her departure in January. Watch Sam’s welcome video below:

Sam’s resume may be downloaded here.