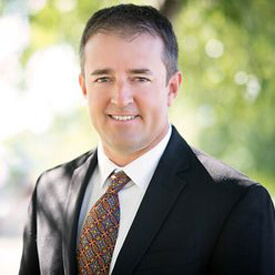 Scott Shigley, General Manager, Liggett Communications (Port Huron), was elected Chairman of the Michigan Association of Broadcasters (MAB) Board of Directors during the organization’s  Annual Business Meeting on Tuesday (8/10).

Shigley is the 77th chairman of the MAB, one of the largest and most successful state broadcast associations in the nation. The MAB represents nearly 300 radio and television stations and about 4,000 individual broadcasting industry employees across the state of Michigan.

After that, Scott worked in advertising sales at Fox Sports Detroit before having the opportunity to return to his adopted home town of Port Huron in 2011, where Scott assumed the General Manager position for Liggett Communications in July 2014. Scott manages WSAQ, WBTI, WPHM, WHLS, and WHLX.

He is a graduate of University of Michigan and Reading Schools in lower Michigan. Scott is married to wife Christine and they have three children: Kalyn, Isaac and Avery and two grandchildren. Scott loves to do anything outdoors, especially playing golf, coaching softball and UM football games.