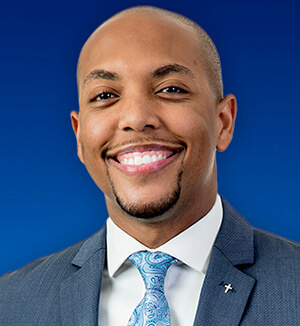 Long makes the move from the station’s weekend morning newscasts, where he has been anchoring for two years. His commitment to excellent journalism has been recognized with two Emmy Awards and Michigan Association of Broadcasters Best News Anchor Award. He was also a part of the team that won the Edward R. Murrow Award for breaking news coverage of the Grand Rapids riot.

“During the past two years as weekend anchor, Donovan has proven time and again his journalistic abilities while covering difficult stories with compassion and heart for our community. Additionally, his approachable personality and positive outlook have been embraced by our viewers and community leaders alike,” WOOD TV8 Vice President and General Manager Julie Brinks said.

“I’m thrilled to become the newest member of News 8 Daybreak and am excited to help West Michigan start its morning every weekday. Waking up with a community that values local journalism is the greatest feeling. Sharing stories of triumph, resilience and adversity, among others, has become a part of who I am. To be able to do that with WOOD-TV’s support is a blessing,” Long said.

Long is a proud member of the National Association of Black Journalists and Alpha Phi Alpha Fraternity, Inc. He also spends time giving back to the West Michigan community through various events.