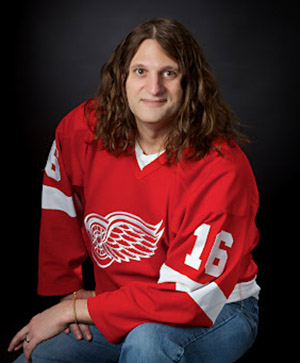 Industry veteran and WRIF-FM (Detroit) weekend personality Steve Black has announced the publication of a new book, a sci-fi novel titled “The Last Child.” The book is about Kyle Jordan, the last child ever born on Earth as humankind faces the prospect of extinction.

“I wanted the story to be as real as possible,” Black told the The Morning Sun. “So when I ran into questions about religion, I interviewed priests and ministers and submitted questions to imams and rabbis. When I needed a deeper understanding of the science, I became versed in quantum physics. For questions about birth and biology in general, I interviewed doctors. That level of detail may in fact be the reason why people have been able to relate to the story.”

Black developed the ideas in “The Last Child” while looking for a way to play with his feelings about science and religion and at points play them against each other. A fictional world in which neither could provide a suitable answer to a major dilemma would be ideal, he realized.

This is Black’s second book. His first “From Black to Light” is an autobiography chronicling his first wife, Sabrina’s, six-year battle with cancer. Black also serves on the board of directors for Gilda’s Club Metro Detroit, an organization that supports families touched by cancer.

“In a really weird way, the two books are related, by creating the fictional place that allowed me to explore my grievances with both science and religion in the wake of the unfairness life can throw at us,” he says. “I’ve been a communicator in multiple art forms for most of my life, but it feels like all those expressions have led me to writing and I absolutely plan to continue.”

Steve grew up in Flushing, MI. His radio career started in Flint on WDLZ – Z – Rock, which unltimately led him to the Detroit area.