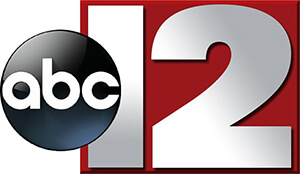 On April 29, 2021, AMG announced that it would acquire 10 local network-affiliated television stations for $380 million cash in seven markets divested from the Gray Television transaction with Quincy Media. AMG officially closed its cash purchase of these ten stations on August 2, 2021.

“We are delighted and very appreciative to Gray for working with us to add this wonderful local television station, WJRT-TV, and its great employees, to our fast-growing Allen Media Group family,” said Byron Allen, Founder, Chairman, and CEO of Allen Media Group. “Over the past two years, we’ve invested over $1 billion to acquire best-in-class, top-tier broadcast network affiliates and we plan to invest approximately ten billion dollars to acquire more ABC, CBS, NBC and FOX television stations with the goal of being the largest broadcast television group in America. All of our media assets will work in concert to amplify our free-streaming services, Local Now and theGrio.”

In a separate transaction, Gray is acquiring crosstown WNEM-TV as part of a $2.7 (later revised to $2.83) billion deal announced in May to acquire 17 stations from Meredith.   Gray will become the United States’ second largest television broadcast group when it closes on the Meredith stations.  That deal has not closed yet.