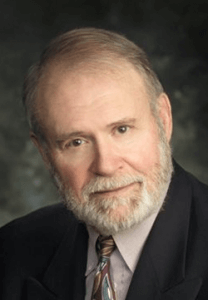 As we announced last Friday at press time, W. Palmer Pyle, former President and Founder of Northern Star Broadcasting, passed away September 30th, 2021 in Glendale, Arizona, surrounded by his loved ones.

He was born on June 12th, 1937, in Keokuk, Iowa to William and Cathryn [Johnson] Pyle, and was the oldest of three boys. The family moved to Winnetka, Illinois where Palmer attended, and played football for, New Trier High School. After graduating high school, he continued his education and football career at Michigan State University, before beginning a professional football career in the NFL.

In 1978, Pyle began a new career in broadcasting as an Account Executive with KLUC-FM (Las Vegas). He began his own company, Northern Star Broadcasting, in Traverse City in 1998; however, before then Palmer served as Vice President/General Manager of three very successful start-up stations. Beginning in 1980 he helped to build KZZP-FM (Phoenix). KWSS-FM (San Jose) and KQKS-FM (Denver).

During his time as President of Northern Star Broadcasting, Pyle built the company from the original eight stations in the Lower Peninsula to 20 stations that spanned across both the Upper and Lower Peninsulas, making NSB one of the largest commercial broadcasting groups in the state of Michigan.

Pyle has always been a champion for the broadcasting industry proudly serving on the MAB Board of Directors and various committees as well as the Arbitron Advisory Counsel. Even in his retirement he has kept in close contact with the industry acting as a mentor and consultant to broadcasters across the state.  He was inducted into the Michigan Broadcasting Hall of Fame in 2012.

A Celebration of Life is planned for early December 2021. For more information, or to share a story, memory or photo, please email palmerpyle69@gmail.com.

In lieu of flowers, memorials may be made in Palmer’s name to The Alzheimer’s Association.