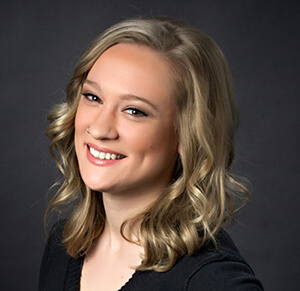 Dennis Green, Chair, Radio Hall of Fame Nominating Committee, commented: “On behalf of the Radio Hall of Fame Nominating Committee, it is truly an honor to recognize Jade Springart as the recipient of this year’s One to Watch award. Jade is clearly a rock star, and when you work your way up from intern to Program Director of one of the country’s legendary Rock stations in WRIF Detroit that is a fitting description. She is clearly ‘One to Watch’ as defined by this award.”

“I could not be prouder of Jade in receiving this coveted honor,” said Beasley Media Group Chief Executive Officer Caroline Beasley. “She is a trailblazer in her own right in leading one of America’s legendary rock stations, WRIF, in the Motor City. Jade is what our ‘Beasley Best’ philosophy is all about!”

“It is an incredible honor to be recognized for this award and by the committee at the Radio Hall of Fame,” said Springart. “I’m so proud to work for a company that is supportive of local radio and creativity. I can’t thank Beasley Media Group enough for giving me an opportunity to continue my radio dreams for an iconic brand like WRIF and am excited to continue to grow and learn from some of the most talented people in the radio industry.”

The Radio Hall of Fame will hold its 2021 induction ceremony on Thursday, October 28, 2021, at the Wintrust Grand Banking Hall in Chicago. The ceremony will honor new inductees Brother Wease, Elliot Segal, Dan Patrick, Kim Komando, Javier Romero, Preston & Steve, Erica Farber and Bill Siemering, as well as a new class of 33 Legacy inductees into the Radio Hall of Fame for 2021. In addition, the ceremony will honor Radio Hall of Fame inductees from 2020, when a virtual ceremony was held as an alternative to the in-person ceremony. Tickets for the in-person event are on sale now at: https://www.radiohalloffame.com/attend-ceremony2021. A portion of ticket purchases is a tax-deductible charitable donation to the Museum of Broadcast Communications.

The Mix Group is the presenting sponsor of the Radio Hall of Fame 2021 induction ceremony. Fans and industry professionals can find more information including photos of the inductees at www.radiohalloffame.com.

The Radio Hall of Fame was founded by the Emerson Radio Corporation in 1988. The Museum of Broadcast Communications took over operations in 1991.

The Museum of Broadcast Communications is recognizing radio’s 100th anniversary with a variety of events and a brand new ‘Century of Radio’ exhibit, debuting in the Fall of 2021 through 2022, including special tributes and recognition of the many talented men and women who have contributed to the medium’s ongoing success.