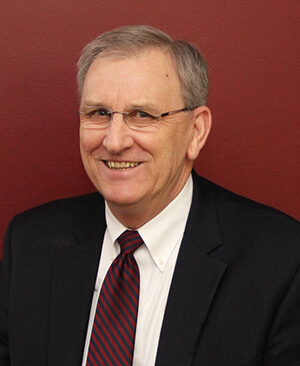 Tom Hahn has been the Vice President of Finance for the MAB and its associated entities for eighteen years. He is a large part of the reason the MAB is the strong financially healthy organization that it is. Tom will be retiring and his last day in the office will be November 16th.
MAB invites you to join them for an informal luncheon reception honoring Tom on Tuesday, November 16 from 11:30 a.m. – 2 p.m. to celebrate the career of our great friend and financial leader. If you can’t join us in person, send Tom a farewell email message to Hahn@michmab.com or post a message on our Facebook account https://www.facebook.com/MichBroadcaster.

Tom is part teacher, part HR manager, father confessor and finance guru. He has worked with eighteen different MAB board Treasurers over the years, preparing reports and background material for them to present to the board. During Tom’s tenure, MAB has received perfectly clean audits every year and rave reviews from the Auditors. He began with the MAB in 2003 and has been a familiar face at our conferences throughout the years especially, on the golf course.

Tom Hahn and Karole White at a 2018 staff tailgate party prior to a Spartan/Wolverine matchup.

“The MAB could not have accomplished what it has for members, the board and the organization without Tom,” said MAB President Karole White. “Tom came to us from the banking industry, primarily in commercial lending. He was instrumental in the acquisition of property that resulted in a cumulative profit over $500,000. “Tom is one of the most honorable, respectable and all-around descent men I have ever met.”

Tom will be taking a well-deserved vacation and his last day in the office will be Tuesday, November 16, 2021. The MAB has been in a search for a new Director of Finance and is close to securing an individual who recently worked for another major state trade association. That Announcement will come soon.

Posted in Front Page, MAB Board, November 2021 and tagged Issue 279
Scroll To Top