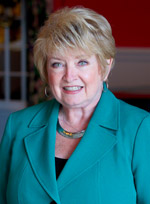 To my Dear Friends and Colleagues:

It is with excitement and some trepidation that I write to you in this last newsletter of the year as the President of MAB. I will be stepping down as President on January 2 after 36 years. I will continue as development manager of the MAB Foundation for a few more months, helping to raise funds and secure new endowments.

It has been an honor to serve as President of the MAB, MAB Foundation and Michigan Association of Public Broadcasters.

The broadcasting industry is truly like no other. The community service, economic impact advertising has on the state, emergency communication and the news you provide to your communities is a commitment that causes me great pride to have played some small part.

You’ve come a long way from one box of files and 50% membership penetration to become one of the largest and strongest state broadcast associations in the nation.

You have a strong and beneficial relationship with our Public Broadcasters. You give away $26 – 28,000 in scholarships to students seeking a broadcasting career. I started the foundation from scratch raising every dollar and it’s still going strong today.

We have accomplished much over our 36 years together from our first joint venture, Baby Your Baby with the wife of late Congressman John Dingell, now U.S. Congresswoman Debbie Dingell to the State of the State annual coordinated broadcasts , Shape Up Michigan with Isiah Thomas and delivering transistor radios to our brave soldiers waiting deployment during Desert Storm. My first trip on a huge Cargo Plane.

Now last year and this we are helping our state fight the largest battle we have faced, the battle against COVID-19 and its variants. We aired the Governor’s Press Conferences and Statewide Townhall.

The years flew by so fast. You also can be proud of the Michigan broadcasting industry. We would not have been able to accomplish as all this and much more with out our terrific MAB staff. committee volunteers and Board of Directors. THANK YOU some of you have been with me and MAB for 24 years.

There is a bright future for our broadcast media content providers. Though we live in an ever changing technical world, whatever technology is invented to entertain man and womankind, broadcasters will be available on all listening and viewing devices.

I step down in complete confidence of new MAB CEO Sam Klemet. He will pick up the torch and lead MAB and our subsidaries into the future, stronger together.

Thanks for the memories, MAB. It’s been a blast!