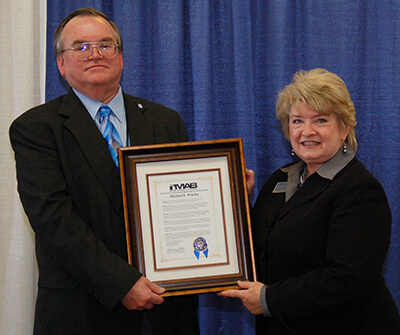 The MAB was saddened to hear over the holiday break that longtime Lansing broadcast engineer Mike Winsky passed away on December 26 at age 66.  Winsky was known for years as Chief Engineer of WILX-TV (Lansing); and prior to that served in the same capacity at WLAJ-TV (Lansing), a station he helped build with the late Larry Estlack.  Both Winsky and Estlack also built what is now WSYM-TV in Lansing.  Winsky was active with SBE Chapter 91 and served as the SBE Frequency Coordinator for the Lansing area.  He also served on the MAB Engineering Committee.  Winsky was one of the original GLBC committee members, serving nearly 25 years. He retired from WILX in late 2019.

Winsky earned an Associate of Science Degree in Electronic Engineering from Lansing Community College while he gained hands-on experience as a part time audio and video engineer. He later became an instructor at his alma mater where he helped to build the broadcasting program and develop an engineering apprenticeship program for the state of Michigan.

In 2012, he was honored with the prestigious Carl E. Lee Broadcast Engineering Excellence Award.

He was born in Owosso, Michigan August 10, 1955 to the late Edward M. and Mary Ellen (Brazie) Winsky. Winsky graduated from Perry High School.

He is survived by his wife, the former Kathryn Sayles; two daughters, Stephanie and Michele Winsky; his brother, Carl (Jeni) Winsky; and many extended family and friends. Those planning an expression of sympathy are asked to consider Memorial Contributions to The Parkinson’s Foundation, 200 SE 1st Street, Suite 800, Miami, FL 33131 or the Charity of the Donor’s Choice. No services are planned at this time. To sign online guestbook, visit www.hyattewald.com Arrangements made with the Hyatt Ewald Funeral Home, 700 N. Monroe St., Bay City, MI 48708