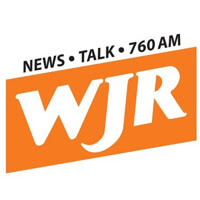 On December 16, Cumulus Detroit’s 760 WJR announced a new on-air programming lineup, just in time for its 100th year anniversary celebration in 2022. The heritage Talk station launched the new ‘All Talk’ show in late mornings, “All Talk with Tom Jordan and Kevin Dietz,” capping a year of evolutionary moves that position WJR for its next 100 years serving the Detroit area with news, information, opinion and analysis.

The Centennial retooling of WJR was accelerated by the retirement last December of WJR’s longtime News Director, Dick Haefner, the February death of Rush Limbaugh, a two-decade figure on WJR, and the retirement of 50-year station veteran Frank Beckmann in March. Since then, WJR has put in place a series of moves including:

Cumulus Detroit Vice President/Market Manager Steve Finateri said, “We are extremely proud of this team, their credentials, their integrity and their ability to represent WJR and Cumulus in the tradition expected by all Michiganders! The new talent we’ve added around our longtime superstars Paul W. Smith, Guy Gordon and Mitch Albom makes WJR one of the most powerful and trusted media outlets among all peers. Individually they each are ‘A’ players with big brands, and as a collective group of broadcasters, we feel we have the absolute strongest lineup in Michigan radio, maybe anywhere in the country.”

Cumulus Detroit Programming Operations Manager and Program Director WJR Mike Wheeler commented, “In a transitory business, WJR has been a symbol of permanence in Michigan. Most who come to WJR, stay at WJR. But the last year has brought an unprecedented amount of change and we have used this opportunity to reevaluate and rethink how we do Talk Radio. These changes are the exciting result of that process.”