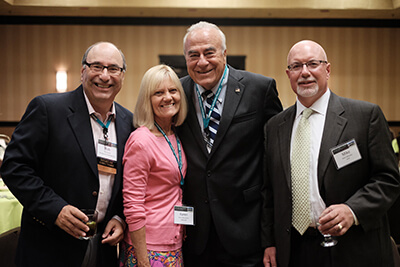 This past weekend, the MAB was saddened to learn the passing of longtime WJR personality Frank Beckmann at age 72.  According to his wife Karen, Beckmann died Saturday night (2/12) of vascular dementia.  He reportedly had been in hospice care for several days.

He began his career at WJR as a reporter in 1973, launched a pioneering sports talk show called Sportswrap.  He called play-by-play UM football, the Detroit Lions and Detroit Tigers and spent his last 17 years at the station hosting a 9 a.m. weekday talk show.

Inducted into both the Michigan Sports Hall of Fame and in 2015 to the Michigan Broadcasting Hall of Fame, Beckmann was well-read, scrupulously prepared and generous, said friends and colleagues. With his microphone as his pulpit and his namesake March of Dimes celebrity golf outing as a primary tool, he helped raise millions of dollars for charities.

In a story published in the Detroit News, Frank Carl Beckmann was 2 years old when his parents emigrated from Germany and settled on the east side of Detroit. His father worked the line for General Motors, his mother was a secretary. Beckmann made it clear he was an aspiring broadcaster from age 9 or 10, when his parents bought him a tape recorder and he’d sit in front of the television describing baseball and football games.  The family moved to Warren when he was a sophomore, Karen Beckmann said, because Cousino High School offered radio classes and had a campus station.

There will be no funeral, Karen Beckmann said. A visitation took place this past Thursday.  In lieu of flowers, she said, please donate to the Mackinac Center for Public Policy, which is creating a Frank Beckmann Center for Journalism. Online memorials can be left through Pixley Funeral Home.

MSU Today’s Russ White shared his memories of conversations he’s had with Frank Beckmann over the years.  Read or Listen here.