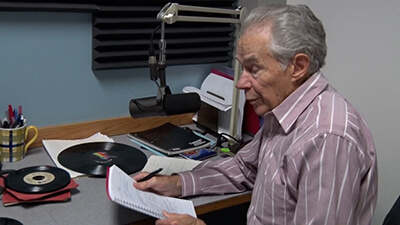 Longtime Upper Peninsula broadcasters Elmer Aho, host of “American Country Gold” on WFXD-FM in Marquette, passed away this past Sunday (2/20) at the age of 91 following a brief illness.  Aho was a Saturday-night fixture in U.P. radio for decades. His show consisted of classic country music, “home-spun” stories, and listener requests.

Born and raised in the U.P., Aho graduated from Northern Michigan University and started out as an art teacher at Gwinn High School. But after a year of teaching, he decided to try his hand at something else. His show “American Country Gold” aired Saturday nights on WJPD-FM and then on WFXD-FM. Aho wrote more than 600 original music compositions, and was known to travel to Nashville to sell his songs.

WFXD, which had been airing repeats of his show since Aho retired in 2018, said it will be announcing a special tribute for Aho in weeks to come. Eho is also remember for frequently saying, “Be better to your neighbors and you’re going to have better neighbors!”

A private family funeral will be held in the spring.