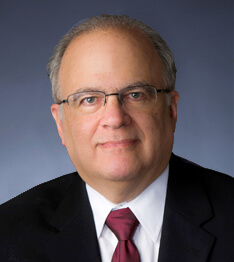 With the 2022 NCAA Collegiate Basketball Tournament about to begin, as faithful readers of this blog know, broadcasters, publishers and other businesses need to be wary about potential claims arising from their use of terms and logos associated with the tournament (see, for instance, our articles last year about this same time, here and here).  In addition, starting this year, there is another issue to consider.

The NCAA owns the well-known marks March Madness®, The Big Dance®, Final Four®, Women’s Final Four®, Elite Eight® , and The Road to the Final Four® (with and without the word “The”), each of which is a federally registered trademark.  The NCAA does not own “Sweet Sixteen” – someone else does – but it does have federal registrations for NCAA Sweet Sixteen® and NCAA Sweet 16®.

The NCAA also has federal registrations for some lesser known marks, including March Mayhem®, March Is On®, Midnight Madness®, Selection Sunday®, 68 Teams, One Dream®, And Then There Were Four®, and NCAA Fast Break®.

Some of these marks are used to promote the basketball tournament or the coverage of the tournament, while others are used on merchandise, such as t-shirts.  The NCAA also uses (or licenses) variations on these marks without seeking registration, but it can claim common law rights in those marks, such as March Madness Live, March Madness Music Festival and Final Four Fan Fest.

The NCAA has also filed applications for the marks Mask Madness, And Then There Were Eight, And Then There Were 8 and Four It All.  Although there has not yet been any use of these marks, if they are ultimately registered, the NCAA will have priority over anyone using those marks after the filing dates of the applications.  In other words, although the NCAA currently does not have any rights in these marks, anyone who chooses to use either mark runs a significant risk of liability down the line.

Although the NCAA may use the federal registration symbol (®) with any of its federally registered marks, it is not obligated to do so.  Thus, it should not be assumed that the lack of the symbol with any particular trademark means that the NCAA is not claiming trademark rights.

The NCAA Aggressively Pursues Unauthorized Use of its Trademarks

The NCAA’s revenue associated with its annual basketball tournament are, to say the least, substantial.  In 2019, its total revenue from the tournament was $1.05B, which represents more than 90% of its annual revenue.  Historically, with the exception of 2020 when the tournament had to be cancelled, its revenues has grown each year.

Although most of the NCAA’s tournament-related income is directly related to the games, it also has a substantial amount of revenue from licensing March Madness® and its other marks for use by advertisers.  As part of those licenses, the NCAA agrees to stop non-authorized parties from using any of the marks.  Indeed, if the NCAA did not actively police the use of its marks by unauthorized companies, advertisers might not feel the need to get a license or, at least, to pay as much as they do for the license.  Thus, the NCAA has a strong incentive to put on a full court press to prevent non-licensees from associating their goods and services with the NCAA tournament through unauthorized use of its trademarks.  The NCAA’s statement regarding its Trademark Protection Program can be viewed here.

Accordingly, the NCAA is very serious about taking action against anyone who may try to trade off the goodwill in its marks — even if the NCAA’s actual marks are not used.  For example:

These actions illustrate the level of importance that the NCAA places on acting against the use or registration of trademarks which it views as being likely to create an association with its annual Collegiate Basketball Tournament.  Clearly, such activities carry great risks.

I will provide some examples of the activities that can bring unwanted NCAA attention to your advertisements or broadcasting of advertising.  But, first, I will discuss yet one more issue that should be considered.

After many years of litigation, in July 2021, the NCAA suspended its policy prohibiting college athletes from profiting from their names, images and likenesses (“NIL”) (or their right of publicity) without losing their eligibility.  However, there is no national set of rules as to what is permissible.  Rather, the right of publicity is governed by state law.  Moreover, colleges and universities still have the right to establish some rules or standards.  For example, although student-athletes can now get paid to endorse a commercial product, they are not automatically entitled to use any NCAA or school trademarks.  Thus, a college basketball player may not be authorized to wear their uniform in advertising unless the school has granted permission.  Can the player wear a uniform with the school colors, but no names or logos?  Can the player endorse an alcoholic product?  Answers will vary state by state and school by school, so it will be extremely important to check with experienced counsel before running any advertising that involves college players.

Activities that May Result in a Demand Letter from the NCAA

The NCAA acknowledges that media entities can sell advertising that accompanies the entity’s coverage of the NCAA championships.  However, similar to my discussion earlier this year on the use of Super Bowl trademarks (see here) and my 2018 discussion on the use of Olympics trademarks (see here), unless authorized by the NCAA, any of the following activities may result in a cease and desist demand:

There is one more common pitfall that is unique to the NCAA Basketball:  tournament brackets used in office pools where participants predict the winners of each game in advance of the tournament.  The NCAA’s position (see here) is that the unauthorized placement of advertising within an NCAA bracket or corporate sponsorship of a tournament bracket is misleading and constitutes an infringement of its intellectual property rights.  Accordingly, it says that any advertising should be outside of the bracket space and should clearly indicate that the advertiser or its goods or services are not sponsored by, approved by or otherwise associated with the NCAA or its championship tournament.

It should be noted that the NCAA also imposes strict rules about the authorized uses of its trademarks.  The NCAA’s Advertising and Promotional Guidelines for authorized use of its marks are posted online (see here).

Again, importantly, none of these restrictions prevents media companies from using any of the marks in providing customary news coverage of or commentary on the tournament.  Just be sure that they are just used to identify the tournament and its stages, and don’t in any way imply that there is an association between the station itself or any sponsor or advertiser who does not have the rights to claim such association and the NCAA.

The NCAA may not have been the first to license the use of “March Madness.”  Beginning in the early 1990’s, the IHSA licensed it for use by other state high school basketball tournaments and by corporations.

Finally, the NCAA was not the first to register “March Madness” as a trademark.  That honor went to a company called Intersport, Inc., which used the mark for sports programs it produced and registered the mark in 1989.

So, how did the NCAA get to claim ownership of the March Madness® trademark?  The short answer is through litigation and negotiations over a period of many years.  Although it has also been able to obtain federal registrations for Final Four® and Elite Eight,® it was late to the gate and Sweet Sixteen® and Sweet 16® are registered to the Kentucky High School Athletic Association (KHSAA).  (The NCAA, however, has the KHSAA’s consent to register NCAA Sweet Sixteen® and NCAA Sweet 16®.)

Having invested so much in its trademarks, the NCAA takes policing its trademark rights very seriously.  Even so, although the NCAA may call “foul!” and send a cease-and-desist letter over the types of activities discussed above, some claims may not be a slam-dunk as there can be arguments to be made on both sides of these issues.

If you are deciding whether or not to pass on accepting advertising incorporating an NCAA trademark or logo or using an NCAA trademark or logo other than in the context of reporting on the tournament, or if you are not certain whether the NCAA (or anyone else) owns a particular word or phrase as a trademark, you should seek an assist.  An experienced trademark attorney can help you make an informed decision about whether you can successfully post a defense against any such charge and assess possible risks.