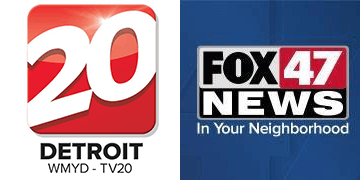 DCFC’s men’s team joined the USL Championship this season, the second tier of professional soccer in the United States, and the women’s team will be in the USL W-League.

Neal Ruhl and John Kreger will return to the booth for Le Rouge, and there will be at least 23 men’s and women’s matches broadcast on the two stations.

For the first time ever, the DCFC men’s team will have two USL Championship matches broadcast nationally on the ESPN family of networks – the April 15 home match against Birmingham Legion FC and the June 18 home match against El Paso Locomotive FC.

“With this move to the USL Championship, it’s more important than ever that DCFC supporters have a knowledgeable and familiar team in the broadcast booth. Neal and John stand out in our region for their experience calling and analyzing the game, and above all their knowledge of Le Rouge is unparalleled,” co-owner Alex Wright said in a statement.

Le Rouge kicks off the USL Championship season on the road at San Antonio FC on March 12 before opening the home season at Keyworth Stadium on Saturday, March 19 against the Charleston Battery.

WSYM has stated that the football broadcasts will air on its My47 subchannel (47-4).