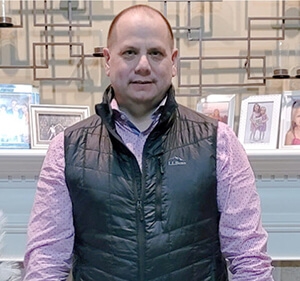 Beasley Media Group announced on March 30 that Tim Jorgenson has been named Integrated Sales Manager of the company’s Motor City radio properties. He will begin his new position immediately.  In his new role, Tim will be responsible for leading the digital sales efforts of WRIF-FM, WCSX-FM, WMGC-FM, WDMK-FM and Motor City Sports Talk The ROAR.

He most recently served as the National Digital Automotive Specialist on behalf of the company. Previously, Tim spent two years as an Account Executive at iHeart-Detroit and 15 years as General Manager of Jorgensen Ford in Detroit.

“Tim Jorgenson is the ideal candidate to head up our digital efforts in Detroit,” said Tina Murley, Vice President of Sales at Beasley Media Group. “Not only does he bring an intimate knowledge of the automotive industry, he understands how to deliver results for clients.”

“I’ve been impressed with Tim since the first time I met him back when he was a client,” said Beasley Media Group Vice President and Market Manager Mac Edwards. “He’s all about results and is determined, diligent and more than willing to put in the work to get there.”

“We are beyond excited to have Tim move into the position as Integrated Sales Manager for Detroit,” said Beasley Media Group Director of Sales, Patti Taylor. “Tim’s depth of knowledge in the automotive industry, coupled with his skill and passion for digital, will drive Beasley-Detroit’s efforts to the next level. Tim’s approach is thoughtful and smart – and our team is so excited to be working with him.”

“Beasley Detroit has an incredible team which makes for a great environment,” said Jorgenson. “This culture is the result of a strong leadership team that empowers its employees- something you can see each day through the positivity in the building!”