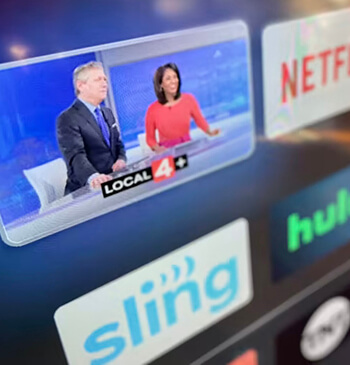 Graham Media Group has announced that its WDIV-TV (Detroit) has launched an hour-long morning local newscast, streaming on digital platforms and OTT apps.

“We’ve reimagined our streaming news products to meet the needs of our viewers. They’ve clearly told us they want more local news from the brands they trust most, and we’re providing that with our original news programs on Local4+,” said Bob Ellis, WDIV Vice President and General Manger. “Unlocking the combined power of our local television news, our market-leading news website, and our trusted anchors and reporters means more quality content more often. The streaming numbers on our app continue to grow rapidly and we’re committed to serving these new audiences now and in the weeks and months ahead, with much more quality content coming.”

The company also launched a similar streaming product at its KPRC-TV (Houston).  Both stations went live with their respective streams this past Monday (4/4).