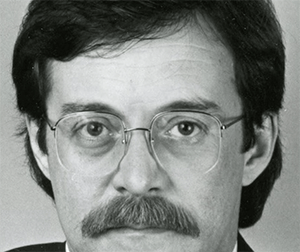 In retirement he worked as an instructor in the broadcasting departments at Delta College and Central Michigan University. At the age of 50, Brandow also become an author publishing his first non-fiction work titled “The Captain’s Chair” about a sole survivor of a ship wreck in Lake Superior.

Brandow, was a native of Standish.  Aside from his broadcasting work, he also was an accomplished musician and played guitar with the Michigan band ? and the Mysterians.

“He’s going to be missed by a lot of people,” said MLive’s Mark Torregrossa, who worked with Brandow for five years at WNEM. “He wasn’t the kind of co-worker who disappeared after he retired. He still kept in touch with people and hung out with them.”

Funeral arrangements have not been announced.

WNEM-TV aired a tribute to Brandow: