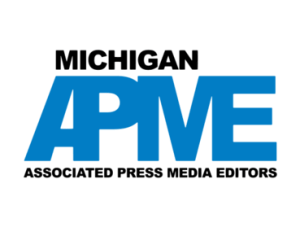 The Traverse City Record Eagle won the First Amendment Award.  The award is present by Michigan Associated Press Media Editors Board to an individual or news organization that made a distinguished contribution during the previous year on behalf of the First Amendment or Freedom of Information. The recipient committed all necessary resources to overcome obstacles on behalf of the unrestricted flow of information vital to a free society. The newspaper won with its entry, ““CAPS Transparency.”

TAPME is a nonprofit group of newsroom leaders and journalism educators that works closely with the Associated Press to promote journalism excellence. The Michigan chapter of the APME announced the awards on April 21.