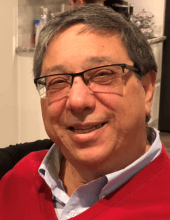 The MAB is sad to pass word that Tony Bruscato, long-time Plymouth Downtown Development Authority (DDA) Director passed May 6 at age 68.  Bruscato began his career in radio after graduating from Indiana University with a BA in Broadcasting.  His career began in Iowa and later to Port Huron, Michigan.  He then moved into journalism and accepted a position as a Journalist for the Plymouth Observer Newspaper in Plymouth, Michigan. He held this position until 2010.

Later, Bruscato became the Plymouth Downtown Development Director. In this important position, he coordinated activity for the City of Plymouth and ensured communication was well-established between various downtown development committees. He loved and cared deeply for the Plymouth Community and played an essential role in making it a prosperous and happy place to live.

He then continued his love for and commitment to radio and returned to broadcasting once again. He worked at stations with various formats, such as news, talk, sports, Sirius XM Radio, WRCJ-FM, a classical/jazz station in Detroit and also had the privilege of working with Dick Purtan at WOMC, a classic hits music radio station, broadcasting news and traffic reports.  He also did traffic on both WJR and WRCJ.

Bruscato was highly civic-minded as an active community member through the Rotary Club, the Plymouth Community United Way and many other significant contributions. Through all his work to support the Plymouth Community, he was remembered for his generosity, kindness, big smile and being supportive of others.

He is survived by his children, Andrew (Jamie) Bruscato and Sarah (Craig) Bruscato-Newsom.  Also by the love of his life and best friend, Lucia.

Services were held Friday morning, May 13.