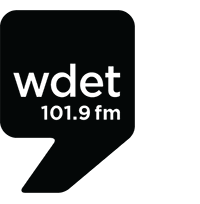 Walter P. Reuther, former United Auto Workers president, hoped that WDET radio would further the belief that “no group within a community can make progress except as the community moves ahead together.”

Reuther articulated that vision in his April 1952 letter to David D. Henry, then-president of Wayne University, offering the UAW-owned station to the university in service to the greater community. This was prior to the current National Public Radio station that listeners recognize as WDET 101.9-FM; however, Reuther’s words are as true today as they were 70 years ago when Wayne State University powered up the WDET transmitter June 25, 1952, after acquiring UAW’s facility, studio and equipment for $1.

WDET is celebrating this milestone June 25 through July 5 through messages and activities on-air and via other challenges. The community is invited to help continue the legacy of service by making a gift of $70. Over the last seven decades, WDET listeners have made over 1.2 million individual and matching donations totaling more than $62 million. Currently, WDET is supported by over 2,700 WSU alumni. 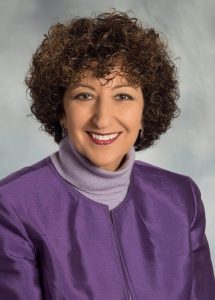 “Wayne State University has been steadfast in maintaining the mission of WDET through good times and bad times over the past 70 years. It is a beautiful bond between WSU and the over 220,000 listeners who tune in each month,” said WDET General Manager Mary Zatina. “The station has also grown considerably, offering commercial-free news, music and public affairs content digitally and through its over-air transmission. WDET also added a 24/7/365 radio-reading service for greater accessibility with our audience. A newer service that we trust would make Mr. Reuther proud as well. Support from WSU and from all our listeners will be essential for the next 70 years.”

Borne from Reuther’s unhappiness with the critical representation of the labor movement in newspapers and on the radio, according to WSU’s Walter P. Reuther Library, the UAW filed applications in 1944 with the Federal Communications Commission to run independent radio stations in six markets with strong labor ties. This included the UAW’s hometown of Detroit, along with Flint, Michigan; Cleveland; Los Angeles; Chicago; and Newark, New Jersey.

In addition to in-kind financial and other support, Wayne State University has always housed WDET. In the early 1950s, the station was located at 12300 Radio Place before moving in the early ‘60s to the Maccabees Building. In the late 1980s, when WDET shifted to 24 hours, it called 6001 Cass Avenue home before moving down the road in the 1990s to its current residence at 4600 Cass Avenue in the University Towers Building.

“It was 70 years ago this month when Wayne State University purchased WDET for $1 and vowed to continue the legacy of public service for the people of metro Detroit,” said WSU President M. Roy Wilson. “I am proud to say that we have delivered on that promise. This station is a source of great pride for the university and for the entire region. WDET is authentically Detroit, and we are proud of our 70 years of stewardship of this station. We look forward to the next 70 years of service and more.”