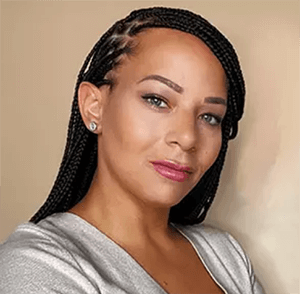 CBS News Detroit is the hyper-local streaming and broadcast news service that is being built from scratch by CBS News and Stations. It will be launched this fall by WWJ-TV and WKBD-TV, the CBS-owned stations in Detroit.

The creation of CBS News Detroit marks the first time WWJ will have its own full-scale local news department since becoming a CBS Television Network-owned station in 1995.

Humphries, Graham and Bajjey are the first anchors hired by CBS News Detroit, a 24/7 streaming service that will feature live local news coverage from 4:00 AM to 11:35 PM, Monday through Sunday, for a total of 137 hours per week.

The company also noted that CBS News Detroit will continue to recruit and hire a staff of multi-skilled professionals. The reporting staff will consist of a diverse team of journalists who will be embedded full-time in communities across the Detroit area, as well as at the state capital in Lansing, Mich.

Humphries is a Chicago area native who earned her master’s degree from the Northwestern University Medill School of Journalism and her bachelor’s degree in broadcast journalism from the University of Illinois. An Emmy Award winner, she most recently served as a co-anchor of the weekday 5, 6, 10 and 11 PM newscasts at WTXF-TV (Fox) in Philadelphia since February 2019. Prior to that, she was an anchor and reporter at KCCI-TV in Des Moines, Iowa.

Graham, a Metro Detroit native, most recently anchored and reported for the NBC, Fox and CW network affiliated stations in Flint, Mich., where she was nominated for a Michigan Regional Emmy Award for her reporting on the impact of lead exposure on children’s academic performance in Flint. She also anchored and reported for the CBS Television Network affiliate in Greenville, S.C., and was named Reporter of the Year by the South Carolina Broadcasters Association. After graduating cum laude from Central Michigan University with a bachelor’s degree in broadcast and cinematic arts and a minor in political science, Graham started her career as a multimedia journalist at WPTA-TV in Fort Wayne, Ind.

Bajjey, a Dearborn, Mich. native, has spent the past nine-and-a-half years with the NBC, Fox and CW network affiliated stations in Flint, Mich. He spent the past 17 months as the stations’ chief meteorologist. Bajjey has won awards for Best Weathercast from both The Associated Press and the Michigan Association of Broadcasters. Bajjey graduated from the meteorology program at Central Michigan University. In 2019, he was selected as one of 10 exceptional graduates from the past decade for contributions to their profession and to their community. He is an active supporter of the National Marrow Donor Program, Special Olympics Michigan, American Cancer Society and performing arts programs.

Makupson, a Detroit native, is following in the footsteps of her mother of the same name, the legendary news anchor at WKBD-TV from 1975-2002. After earning her bachelor’s degree in broadcast journalism from Howard University and her master’s in mass communications from Wayne State University, she began her career in Lima, Ohio, where she worked for the CBS, ABC, NBC and Fox network affiliates. Makupson then produced and anchored newscasts for stations in Macon and Albany, Ga. After that, she became the news director at WMUB-TV with Mercer University’s Center for Collaborative Journalism and a partner correspondent for WMAZ-TV in Macon.

“As we move forward with this unprecedented opportunity to build the newsroom of the future from the ground up and with a streaming-first mentality, we are excited to welcome Shaina, Rachelle, Ahmad and Amyre to CBS News Detroit,” said Brian Watson, vice president & general manager of CBS News Detroit. “They are part of our growing team of grassroots journalists who will set the standard for community-focused news reporting in Detroit.”