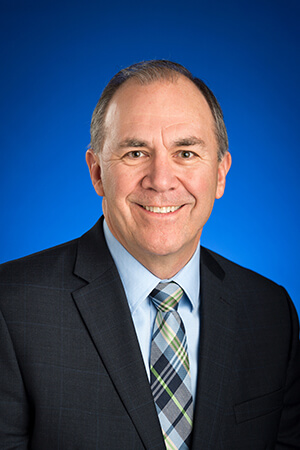 Stephen Schram, Executive Director & General Manager of Michigan Radio has announced that he will retire from the station this fall on November 30th. He was personally recruited by University of Michigan President Mary Sue Coleman in 2006.

“I have had the opportunity to be a part of many remarkable organizations throughout my media career. But leading Michigan Radio and working for the University of Michigan has been the privilege of a lifetime,” said Schram. “It has been an honor to serve my very talented and dedicated day to day broadcasting team while receiving valuable support from our leadership in U-M’s Office of Vice President for Communications.”

“Under Steve’s leadership, Michigan Radio expanded its reach and influence with consistently exceptional journalism on the most important topics of the day,” said Kallie Bila Michels, OVPC’s vice president. “I am grateful for the commitment of Steve and the stellar team at Michigan Radio.”

“Being able to represent Michigan Radio through countless interactions with our loyal listeners and generous donors across the state has been the joy of my career,” said Schram. “It is with great pride that I’m retiring from Michigan Radio at a time when the station is considered among the elite public broadcasting outfits in the country while also being equally well-positioned for a promising future as it looks ahead to its 75th anniversary next year.”

Highlights of Schram’s career with Michigan Radio include:

• In 2021, Michigan Radio was named Public Radio Station of the Year for the sixth consecutive year by the Michigan Association of Broadcasters and earned 13 of these highest honors in Schram’s sixteen-year tenure.

• Led the expansion of the organization’s journalism growth and diversification. Michigan Radio is now home to the state’s largest public radio news team, based in Ann Arbor, with bureaus in Grand Rapids and Flint. The journalism staffing currently eclipses that of any commercial radio station in the state of Michigan.

• Delivered consistent and top-rated radio listenership with Michigan Radio’s over-the-air broadcast signals, reaching more than 850,000 listeners each month across southern Michigan. This is the largest audience of any news radio station in the state.

• Established and led the development of the station’s first fully endowed and compensated internship program, The Robben Fleming Public Media Internship Fund. Over 75 students have benefited from the program since its inception in 2016.

• Reboot of Stateside, the station’s locally hosted daily news and information program. Launched in 2012, Stateside attracts a broadcast audience of 250,000 listeners each month on Michigan Radio. The show also airs on Interlochen Public Radio in northern Michigan and WNMU-FM and WGGL-FM in the Upper Peninsula, giving it a statewide reach.

Schram earned his Bachelor of Arts degree in Television and Radio from Michigan State University’s College of Communication Arts and Sciences, where he was honored with the school’s Outstanding Alumni Award in 2014. In 2016, the Michigan Association of Broadcasters inducted Schram into the Michigan Broadcasting Hall of Fame.

He is also a passionate and active contributor to the broader public broadcasting sector, donating his time as a speaker, panelist and an industry board member to various organizations that support the greater cause of journalism and content creation. He currently serves on the boards of directors of the Michigan Association of Public Broadcasters as its President, Public Radio in Mid America as Vice President and Radio Research Consortium as its President. Schram has also served on the boards of Greater Public as Vice President, Rotary Club of Ann Arbor and the Michigan Association of Broadcasters. In addition, he currently serves as the public radio representative on the national Nielsen Audio Advisory Committee.

Schram and his wife, Laurie, live in Green Oak Township, Michigan, and have two married adult sons and four grandchildren who also reside in southeast Michigan.

A national search for his successor as Executive Director & General Manager of Michigan Radio will begin this fall.