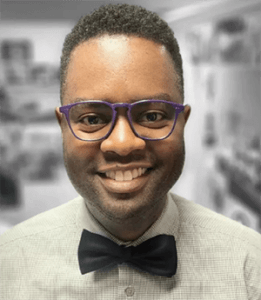 “Kennan has demonstrated incredible leadership at WXYZ and throughout his career at Scripps. He is a well-respected journalist committed to making the community we serve better,” said Mike Murri, vice president and General Manager at WXYZ. “I’m so grateful and proud to have Kennan leading our newsroom in Detroit.”

A Detroit native, Kennan has lived in multiple states as a journalist.

He began his career at WDIV in Detroit before getting his big break to be an on-air reporter for KNOE in Monroe, Louisiana. Spending less than a year in Louisiana, Kennan moved to Evansville, Indiana, where he was a reporter, then spent five years at WDTN in Dayton, Ohio as the chief consumer investigative reporter. He also spent time as an executive producer at WMBF in Myrtle Beach, South Carolina, assistant news director at WLBT in Jackson, Mississippi, as manager of coverage and content for WHBQ in Memphis, Tennessee and as the senior manager of broadcast at WCPO in Cincinnati, Ohio.

“I welcome the new challenge of leading the great teams at WXYZ and WMYD,” Oliphant said. “As a Detroit native, I deeply care about the Detroit community. I believe in quality journalism that authentically reflects and serves our community.”

Kennan is a great family man and loves spending time with his wife Tiffany and two children. When Kennan isn’t working, he spends his time volunteering, watching movies or playing golf.