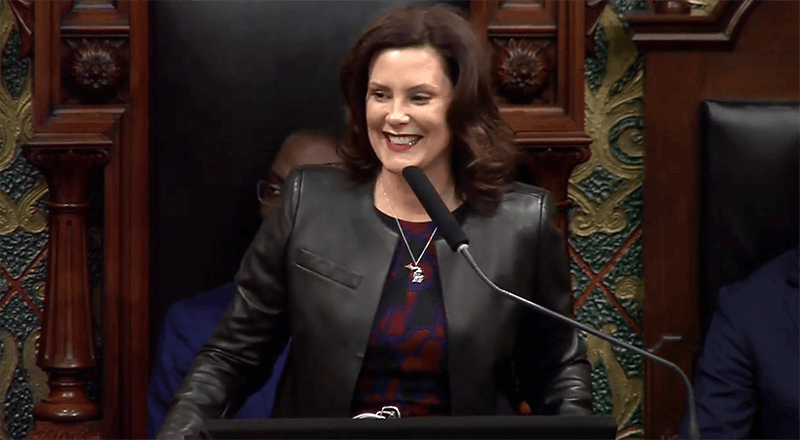 Michigan Governor Gretchen Whitmer delivered the State of the State on January 29.

We are proud to announce that Sixty three (63) Michigan broadcast stations, 27 television and 36 radio, carried the Governor’s State of the State address.

The list of stations includes members of the MAB as well as the Michigan Association of Public Broadcasters (MAPB). The MAB provided commercial television broadcasters with a “clean” feed of the Governor’s address, uplinked from outside the State Capitol Building.

We want to thank all of the MAB members who put aside competition and joined together to bring this important message to the people of Michigan.

Public television stations had their traditional coverage of the address anchored by longtime Senior Capitol Correspondent Tim Skubick and panelists from the capital press corps and guests provided analysis following the address.

Following is the roster of stations who devoted airtime to better inform the citizens of Michigan: