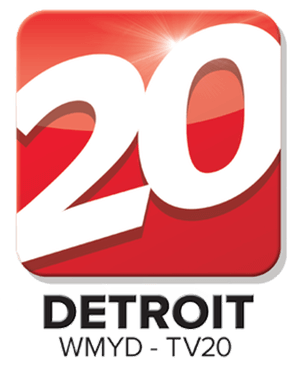 Starting with its men’s home opener at Keyworth Stadium on Saturday, March 21, a total of 12 Detroit City FC men’s and women’s home matches will be broadcast locally over the air and in high definition on TV20.

Detroit City FC matches on WMYD will be made possible thanks to a presenting partnership of the broadcasts by Stroh’s. The broadcasts will highlight Detroit’s iconic beer brand whose logo will be on the back of DCFC’s men’s and women’s 2020 jerseys.

The club’s first television deal comes at the start of its highly anticipated 2020 season and its fifth season at Keyworth Stadium in Hamtramck.

“Soccer is a growing sport and a favorite of so many families in the communities we serve,” said Mike Murri, WXYZ and WMYD vice president and general manager. “We’re proud to partner with the Detroit City Football Club to bring this exciting sport to Detroit area viewers. The Detroit City Football Club has a passionate following in Metro Detroit and we’re happy to help grow this great sport through expanded television coverage.”

“It’s the perfect next step for our first full professional season, and TV20 Detroit is a great partner that is also focused on serving everyone in our community,” said DCFC co-owner Alex Wright. “Be it at Keyworth Stadium or in the comforts of home, we want DCFC to be the most accessible pro sports team in town. It feels great to know that Detroit City FC broadcasts will be available to anyone in our area with a TV set.”

The deal was announced February 4.