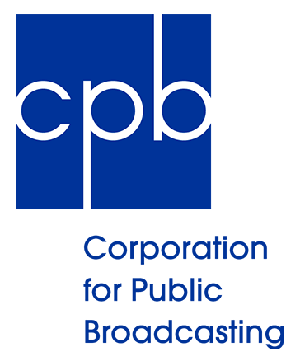 The Corporation for Public Broadcasting gets $75 million in emergency funds in the $2 trillion coronavirus bill that passed the Senate late Wednesday night but still needs to be approved by the House and signed by the president. The money is to keep up facilities of noncommercial TV and radio stations and to help stations, particularly rural ones, keep the lights on and the transmitters going in what is expected to be a lean time for pledges and corporate sponsorships, which constitute about 85% of noncom budgets.

The money goes to the Corporation for Public Broadcasting, the independent agency that hands out the government portion of noncom funding, and remains available through Sept. 30, 2021, though hopefully the pandemic has been resolved before that.

Here is the specific bill language.

For an additional amount for “Corporation for Public Broadcasting, $75,000,000, to remain available through September 30, 2021, to prevent, prepare for, and respond to coronavirus, including for fiscal stabilization grants to public telecommunications entities, with no deduction for administrative or other costs of the Corporation, to maintain programming and services and preserve small and rural stations threatened by declines in non-Federal revenues: Provided, that such amount is designated by the Congress as being for an emergency requirement pursuant to section 16 251(b)(2)(A)(i) of the Balanced Budget and Emergency Deficit Control Act of 1985.

It was not clear from the bill language how the funds would be divided among TV and radio stations if there is more need than money.

Americas Public Television Stations President Patrick Butler in a press release: “Corporate, foundation and individual giving to local public television stations have rapidly decreased in the wake of the economic downturn accompanying the contagion,” said Patrick Butler, president and chief executive officer of America’s Public Television Stations, “even while public television stations have dramatically expanded remote learning services for millions of students whose schools have been closed in the national emergency. Working from home and without any financial resources budgeted for addressing such an extraordinary challenge, local public television stations in more than 25 states have already stood up a broad range of standards-based, curriculum-aligned educational services, in collaboration with state and local education authorities and PBS Kids and PBS LearningMedia, to help students, teachers and parents continue a high quality learning process.”

“Many stations are devoting their entire daytime schedules to age-appropriate educational programming, Butler said, “and stations are also providing online services, learning games, teacher and parent guides, and other resources. We expect to do this in all 50 States soon, and we’re doing all of this while continuing our other essential public services of public safety communications, highly trusted civic information and in-depth local programming to bring security and clarity to a troubled nation.”

“While even $75 million only begins to address these unprecedented needs while private revenues are plummeting, we are grateful for the broad support for this emergency funding for public media among both Republicans and Democrats in the Senate,” Butler said. “We will do our best with the resources we have to serve our country and our fellow citizens in this time of shared crisis.”