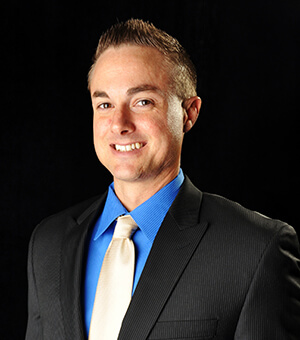 Sinclair Broadcast Group has announced that WSMH-TV (Flint) General Manager Chad Conklin has been named to the same post at KOMO-TV (ABC) and KUNS-TV (Univision) in Seattle, WA as well as radio stations KOMO Newsradio, STAR 101.5 and KVI Talk Radio. The announcement was made by Rob Weisbord, President of Sinclair’s Local News & Marketing Services division.

In making the announcement, Mr. Weisbord said, “We’re thrilled to be promoting Chad to General Manager of our Seattle stations. He has a long history with Sinclair, starting as an account executive WSMH-TV in Flint and ascending to general manager thanks to his enthusiasm and ability to build strong teams.”

“It is a privilege to join the accomplished team in Seattle,” Mr. Conklin commented. “I am excited to be part of Sinclair’s continued history of excellence in the Pacific Northwest and look forward to building relationships in the local community.”

Conklin has served on the MAB Board of Directors since 2016.

Mr. Conklin has spent the last 20 years with Sinclair, most recently serving for nine years as General Manager of WSMH-TV (FOX) in Flint Michigan, where he also oversaw Sinclair’s provision of services to WEYI (NBC) and WBSF (CW) pursuant to service agreements. Prior to that, he served as General Sales Manager at WSMH-TV from 2008 to 2011. From 2005 until 2008, he was the station’s Local Sales Manager and from 2004 to 2005, the National Sales Manager. Mr. Conklin began his career at the station in 2000 as an account executive. Mr. Conklin holds a Bachelor of Arts degree in Business with an emphasis in Marketing from Mount Mercy College.