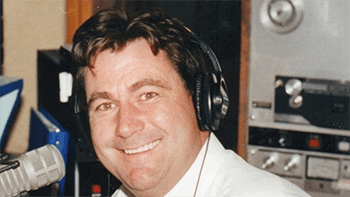 Former Northern Michigan radio and television personality Norm Jones passed away April 16 at the age of 59.  Jones, a Traverse City native, began his career in broadcasting as an active member of the radio club while in high school.

Jones, using the air name “Scott Brandon,” worked in radio in Florida and at WCCW in Traverse City.  He formed Northern Michigan’s biggest DJ company, Scott Brandon Productions.  Returning to radio in the 1980s, he worked under his own name at WKLT, WTCM and WJML in Petoksey.

In 1986, Jones transitioned to television with WPBN/WTOM as part of  the PM Magazine show.  He later co-hosted Good Morning Northern Michigan, broadcast street-side coverage of the National Cherry Festival parades, and filmed commercials for local businesses as “Mr. Consumer.”

In his spare time, Norm enjoyed volunteering for the Special Olympics, fundraising for local projects such as Kids Kove, was active in his church and youth mentorship, and volunteered with the Traverse City and Grand Traverse County Police Reserves for 20 years.

Norm’s life with be celebrated at a later date with friends and family with assistance from the Reynolds-Jonkhoff Funeral Home.