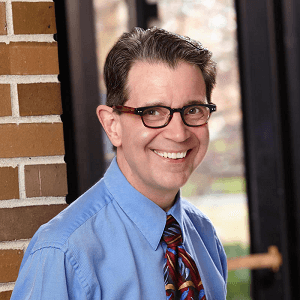 After 35 years, WKAR-AM/FM (East Lansing) senior news reporter Scott Pohl has retired.  During his time at the station, he has worked as a host, producer, call-in show anchor and general assignment reporter who enjoyed reporting on stories about art, music, science and health.

In high school, Pohl was editor of the school newspaper during his last two years at Concord High School in Jackson County. He told the Lansing State Journal that he “had a journalism teacher who encouraged me, groomed me and trusted me to run the operation. It really inspired my love of writing and telling stories.”

His path to radio started at a small station in Albion (WALM) that doesn’t exist anymore.  The station aired Tiger baseball games on both AM and FM frequencies. His task was to turn off the FM signal when the games ended. “I listened to a lot of Tigers’ baseball,” Pohl said in a 2018 interview.  WALM hired Pohl while he was working at a grocery store that also employed the wife of one of its DJs. Through her, Pohl got to know the guy. “I told him I was interested and he invited me out,” Pohl said. “I was off and running.”

After WALM, he worked at WKHM in Jackson.  He attended Jackson Community College from ’77 to ’79, then came to MSU to earn a B.A. in telecommunications with a theater minor.  Arriving in Lansing, Pohl worked part time at WFMK as a weekend DJ and at WKAR’s TV station as a floor director for “Off the Record.”  He began working at WKAR radio in August of 1984.

During his reporting career, he’s interviewed everyone from John Irving to Dan Rather to Peter Frampton and Art Garfunkel.  One of his career highlights was inteviewing the late Ernie Harwell, telling the Lansing State Journal that “I sent him a tape of the story I did after an interview with him. This baseball hall-of-famer wrote me a handwritten thank you note, which is a prized possession.”

In his retirement, Pohl hopes to contribute now and then to WKAR with reporting or on-air fill-in work.  He told the Lansing State Journal, “I’ve been on board of Riverwalk Theatre for a few years. I’ve been in a couple shows and have produced a couple shows. If we’re able to reopen theaters, as we all hope, I will be directing a comedy called “Art” next season, in May of 2021. I’m hoping we’re back to normalcy by then.