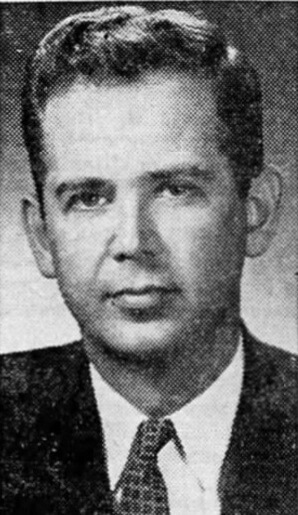 Interlochen Public Radio has announced that it will air and make available to other MPRN stations, the Memorial for Governor William G. Milliken, which will be held at Interlochen Center for the Arts on August 6. The memorial was previously set to take place in the Milliken Auditorium at Northwestern Michigan College in Traverse City. The new, 4,000-seat, open-air venue at Interlochen allows for attendees to practice physical distancing in a safer setting. In addition to increased safety at the new location, Interlochen is a fitting venue to celebrate the life of Gov. Milliken, a devoted supporter and fervent advocate for the arts. Milliken served on the Interlochen Board of Trustees from 1983 to 1997 and was a vital member of the larger Interlochen community for decades.

Speakers honoring and remembering Milliken include current Gov. Gretchen Whitmer; Bill Rustem, a senior policy advisor in both the Milliken and Snyder administrations; Arlyn Brower, a retired Michigan State Police Captain; Chuck Stokes, moderator and producer of “Spotlight On The News” on WXYZ-TV; and journalist and longtime friend Jack Lessenberry.

Admission is free and open to the public, with parking available at Interlochen Center for the Arts beginning at 12:00 p.m. To ensure the ceremony remains on schedule, attendees are encouraged to arrive early so that they can complete required security and health screenings and be seated by 2 p.m. Attendees should plan to honor rigorous public health safety measures including face coverings and adhering to physical distancing. Except for areas used for this event, the Interlochen Center for the Arts campus will remain closed to the public.

Gov. Milliken was born on March 26, 1922 and died on Oct. 18, 2019 in his birthplace, Traverse City. Milliken served as governor of Michigan from 1969 to 1983. He was especially known for his prioritizing of the state’s environment, his efforts to help the city of Detroit and successfully promoting a culture of civility and bipartisan cooperation in state government.

Prior to becoming Michigan’s 44th Governor, Milliken served in the state Senate and as the state’s lieutenant governor. He also served as president of the former Milliken’s department stores and flew 50 combat missions in Europe during World War II.

MPRN’s Rick Pluta will be part of the broadcast.  Other MPRN stations interested in airing the broadcast should contact Peter Payette: payettepc@interlochen.org.