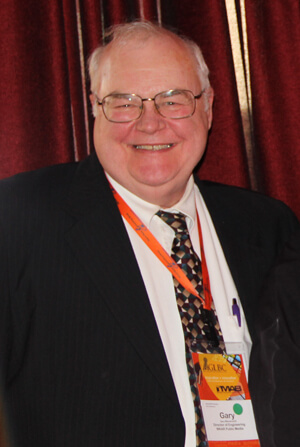 During his 28 years at MSU, Blievernicht led WKAR’s transition from analog to digital television broadcasting, headed up the launch of public broadcasting’s first ATSC 3.0 experimental station, and led the 2018 digital channel repack for WKAR. More recently, Blievernicht and the engineering and production teams at WKAR adapted video conferencing and other non-broadcast technologies to create a new model for television production and broadcast during the COVID-19 pandemic.

“I can’t overstate how important Gary’s work has been, not only to WKAR, but also to the entire public broadcasting system,” said Susi Elkins, director of broadcasting and general manager at WKAR. “One thing especially appreciated is Gary’s ability to communicate about and educate us all in very complex systems. His expertise has guided many who are called upon to make key leadership decisions in an era of constantly evolving technology.”

His prior experience includes seven years in commercial television in Indianapolis, two years at RCA Selectavision, two years with KNME/KUNM at the University of New Mexico and seven years with Eastern Educational Network (now APT) in Boston.