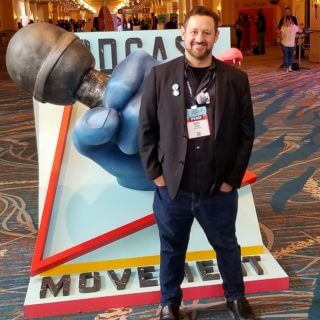 For the past several years, I have hosted the Podcast Makeover session at Podcast Movement, the world’s largest podcasting conference. In this session, a panel of professional broadcasters and podcasters critique up-and-coming podcasters in a live “aircheck” session. This year, with the conference moving to a virtual format due to the pandemic, we changed the session up a bit.

If there’s one thing the Podcast Makeover session has taught me over the years, it’s that the first 30 seconds of an episode can make or break a podcast. If people aren’t reeled in right away, chances are they’ll move on to something else. So instead of critiquing several minutes of just two podcasts, this year we decided to invite a panel to critique the first 30 seconds of several podcasts. Did the openings of these podcasts make them want to hear more?

My panel consisted of some of the best in the business: Moth Grand Slam storytelling champion Shannon Cason, Lisa Orkin, Creative Director of Radio Ranch and host of the Project Woo Woo podcast, and Peter Sagal, the host of Wait Wait…Don’t Tell Me!, the Peabody award-winning news quiz show on NPR. You can watch the full session here: 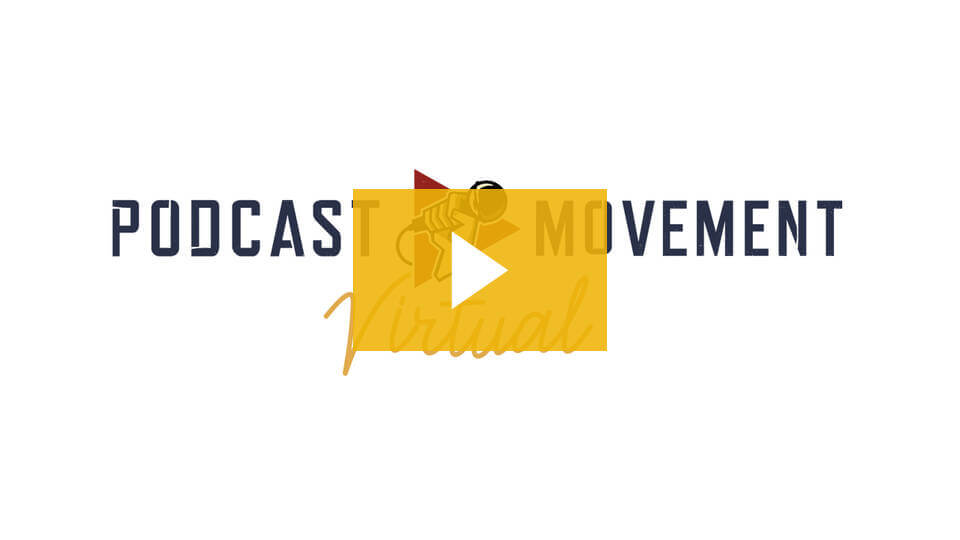 Based on the feedback from my panel of experts, here are five keys to developing a killer opening to your podcast episodes: 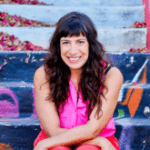 1. Thirty seconds is not a lot of time.
Listeners size up podcasts very quickly. Thirty seconds may sound like a lot of time, but when you actually put it to the test, it’s not. During this session, we heard several podcasts that failed to explain to the audience what they were all about in the first half a minute.

For example, the Damn The Torpedoes podcast is hosted by a military couple facing the challenges of military family life. Lisa Orkin told us that as a former military spouse, she would be very interested in listening to this podcast…if she know what it was all about. But after listening to just the first thirty seconds, she didn’t.

New podcasters often make the mistake of easing into their episodes with idle chit-chat instead of telling listeners exactly what they can expect from the episode. Marc Maron, host of the popular WTF podcast, may be able to get away with opening his podcast with an extended ranting monologue before starting the interview, but he’s the exception, not the rule. (Full disclosure: I am a WTF fan, and yet I always fast forward through the opening monologue to get to the interview.)

The rest of us should aim to tell people what the overall podcast is about, what this particular episode is about, and who the hosts are all within the first thirty seconds. 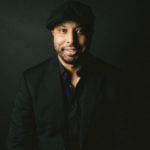 Podcasters may be inclined to always aim for the larger audience, but as the session went on, it became clear that it can be more effective to dial into a smaller, more specific audience. When Shannon, Lisa, and Peter heard the first thirty seconds of the podcast, A Quilter’s Life, they were immediately enamored with it.

I asked Peter if, based on what he had just heard, he knew who the audience for this podcast was. He said, “Yes, and I’m not in it, but I’ll listen anyway!” He pointed out that when a podcast knows its niche and can speak to it authentically, it attracts us not just as participants, but as voyeurs. “[It’s a] chance to spend time in other people’s worlds that aren’t ours, and that’s really exciting!”

“The idea that you have to get everybody — especially in the first 30 seconds — is just going to kill you before you even start because it’s impossible,” said Peter. 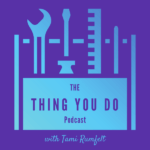 “Welcome to episode five of The Thing You Do, a podcast about interesting jobs and the people who do them. My name is Tami and I’m your host. My guest this week is Richard Bergen. Richard has written and directed and is now in post-production on a horror movie. Richard also has Asperger’s Syndrome, a form of autism.”

Lisa and Shannon both said they knew exactly what they were going to get from the episode. Peter commented, “It’s not artful, it’s not imaginative or cool, but it is just what I need as a listener in those first thirty seconds to make an informed decision about whether I want to listen to it.”

However, the podcast that got the most positive reactions from our panel managed to not only convey all of the necessary information about the show in the first thirty seconds, but did so in a way that oozed personality.

The voice of Paula Chamberlain, host of A Quilter’s Life, instantly conveys a visual image that lets the audience know what to expect. She’s proof you don’t have to sacrifice your personality when hitting the necessary copy points. 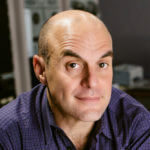 4. Use sounds to set the scene.
Lisa pointed out that the water industry podcast – Water In Real Life – missed an opportunity to use water sound effects to communicate what the podcast was all about in its opening.

By contrast, the last podcast the panel listened to – How Not To Sail – used sound to clue the listener in. The sounds of waves lapping against a sailboat creaking in the dock instantly let people know that this podcast involved sailing.

5. Your podcast’s title and artwork can do some of the heavy lifting.
The final podcast was How Not to Sail. Both the name of the podcast and the artwork — host Bradford Rogers in a sailor’s cap standing behind a nautical wheel with a bemused look on his face — clued Peter Sagal into what the podcast is all about even if the words spoken at the beginning of the episode did not. In fact, Peter was not only able to deduce the subject of the podcast, but the tone as well.

It’s a good idea to test your podcast’s title and artwork by getting feedback to see how well they convey what the show is about before committing to them. If people hear the name or see the image and can instantly and correctly guess what they show is about, it will ease the burden on the first thirty seconds of your show. 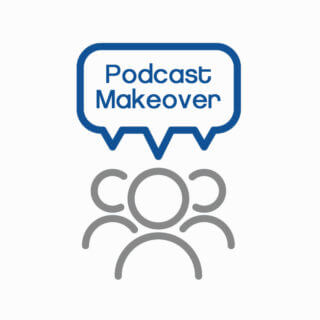 My panelists offered several other insights during the fast-moving session. Shannon told us how he chooses an opening line for his stories, Lisa explained how she keeps a short radio commercial memorable, and Peter discussed Wait Wait…Don’t Tell Me!‘s shift from in-person to online recording sessions in response to the pandemic. If you want to hear secrets from the pros, watch the full video.

Thank you to Shannon, Lisa, and Peter for their insights. Thank you to Water in Real Life, Damn the Torpedoes, The Thing You Do, A Quilter’s Life, and How Not to Sail for being brave enough to allow us to critique their shows.

And thanks also to Dan Franks at Podcast Movement for inviting me back to be a part of Podcast Movement. I hope to see you all there (fingers crossed, in person) in 2021!