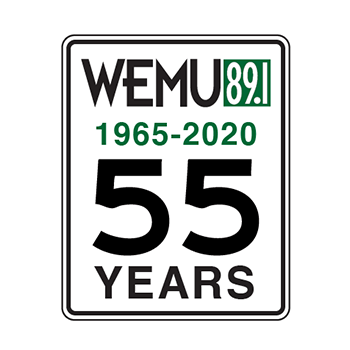 December 8 marked 55 years since Eastern Michigan University’s WEMU-FM first went on the air.  WEMU began broadcasting at a frequency of 88.1 FM in 1965 from the Quirk Building on Eastern Michigan University’s campus. In 1976, the station moved to King Hall, and in February 1977, WEMU began to feature a primarily jazz format. Later that year, in October 1977, WEMU changed to its current 89.1 FM frequency. The next major addition came on April 7, 2004, when WEMU added digital broadcasting. Located online at WEMU.org, the station streams live 24 hours a day.

In a note to listeners, General Manager Molly Motherwell summed up the station’s 55-year anniversary:

From reel to reel and razor blades to multi-track digital editing, from 78s to digital downloads, from typewriters to iPhones, WEMU has been part of our community since we signed on December 8, 1965.

In that time we have grown from a 10-watt in-dorm service for sports and news to a community mainstay with a format of NPR news and information, local news, and jazz, blues, and world music. Thanks to streaming, WEMU is now available worldwide and has listeners across the globe.

From the pioneers like Dick Jacques, WEMU’s first GM, to the visionary Art Timko, whose 42 years of devotion to public radio shaped the WEMU of today, to today’s creative crew, WEMU is always evolving, always with you in mind.

Ray Cryderman, chief engineer for over 40 years, who installed WEMU’s first digital transmitter in 2003. Music Director Emeritus, Linda Yohn, who built one of the largest jazz broadcast libraries in the country over her storied 30 year career. Clark Smith who established WEMU’s reputation as a go-to for local news. John Fountain, the voice of EMU sports on WEMU for decades.

To the hundreds of volunteers, thousands of donors, and tens of thousands of listeners who are the heartbeat of WEMU and the center of everything we do.

All of them and all of you are #teamwemu. We thank you for the great privilege and honor to serve as your community NPR station for 55 years and we look forward to many more years of
this incredible partnership.

On December 8, WEMU’s news director David Fair, general manager Molly Motherwell, and weekday jazz host Michael Jewett get together to discuss WEMU’s legacy and what they hope the future will bring.  Listen below: