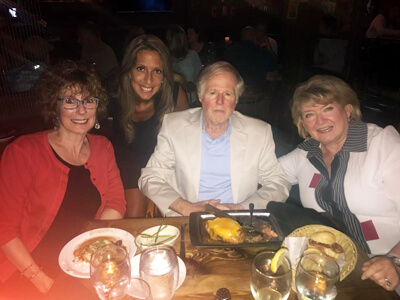 Cherryl “Cher” Lynn Allen, a long-time employee of WBKB-TV (Alpena), passed away Friday, January 15 at MidMichigan Medical Center in Alpena. Allen worked for 35 years for WBKB in many roles, retiring as the general manager. She loved making memories with family and friends. She was a member of Trinity Episcopal Church and a board member of the former Alpena Regional Medical Center’s Development Council.

She graduated from the University of Michigan in 1970 with a BA in English.

Cher was an active member of the MAB, served on several committees and was a regular at conferences.

A private graveside service will take place at Evergreen Cemetery.

A scholarship has been started in her name by her longtime station owner and friend Stephen Marks.  The scholarship is for a young person with the desire to go into broadcast management. Anyone interested in making a memorial contribution in Cher’s name should make the check out to the MAB Foundation and indicate in the note section “Cher Allen’s Memory.”  Send it to the MAB, 820 N. Capitol Avenue, Lansing, MI 48906.