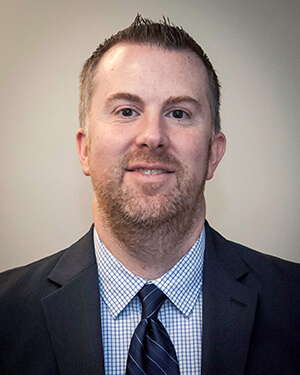 Jon Ross, bringing vast experience in video production and after working both as television media and in media relations, has been added to the Michigan High School Athletic Association staff as broadcast & media coordinator, a role in which he’ll focus primarily on video production, day-to-day efforts by the MHSAA Network and other communications duties.

Ross, who began at the MHSAA in late December, is taking on many of the duties formerly handled by John Johnson, who retired Dec. 18 after 33 years as communications director and then director of broadcast properties.

Ross’s variety of past experiences already have served the MHSAA well during his first weeks in his new position. In addition to generating “This Week in High School Sports” played on more than 100 radio stations statewide and the “MHSAA Minute” produced weekly with State Champs! Sports Network, Ross stepped in almost immediately to direct MHSAA Network broadcasts of Fall playoffs that were restarted in January and worked with FOX Sports Detroit for its production of the 8 and 11-Player Football Finals during Jan. 16 and Jan. 22-23, respectively.

“Jon has been a wonderful addition to our team,” MHSAA Executive Director Mark Uyl said. “His background in video production will serve the MHSAA well, and he’s done an outstanding job jumping in mid-stream with our Final fall tournaments being completed in January followed by an immediate move to winter events. Jon is a terrific addition to the MHSAA team.”

Ross began his media career in June 1999 at the first of three television sports department stops, a string that concluded with his tenure as a reporter and anchor from 2002-05 for WILX in Lansing.

He next served as a senior producer for nearly 13 years for Wolf Creek Productions, a Perry-based company that develops, films and produces shows for various outdoor networks including Outdoor Channel. In addition to his award-winning work in editing and photography, Ross also worked on the business side of the Wolf Creek operation and served on its board of directors. Among his most noted production efforts were Outdoor Channel’s “Wardens” seasons 7 and 8, detailing the lives of conservation officers across Michigan, and another documentary-styled program in conjunction with “Field & Stream.”

Most recently, Ross served from Feb. 2018 until this past December as a communications representative and senior editor for the Michigan Office of Highway Safety Planning, for which he helped manage development of statewide campaigns including “Click It Or Ticket” and “Drive Sober, Get Pulled Over.” In addition to content creation, Ross worked in media relations including as occasional spokesperson for the OHSP, along with managing budgets and execution of federally-funded campaigns and serving as chairperson of the 2019 Michigan Traffic Safety Summit which drew nearly 500 attendees.

At the MHSAA, Ross’s responsibilities also will include providing content for the Association’s websites including the fan-focused Second Half (https://secondhalf.mhsaa.com/), managing MHSAA.tv (https://www.nfhsnetwork.com/associations/mhsaa-mi) and eventually media credentialing and other on-site communications functions at MHSAA events.

“My time working in sports never seemed like work, and I’m excited for the opportunity to be part of what the MHSAA is building as it continues to expand coverage especially with video and other digital ventures,” Ross said. “I’ve known John Johnson going back to my time in the media, and I can appreciate even more now the work he did in making the MHSAA a national leader in promoting school athletics. I hope my experiences will help us build on what he created as we continue to engage more with our schools and specifically athletes, coaches, officials and families to tell our story.”

Ross was born in Escanaba and is a 1995 graduate of Saginaw Heritage High School and 1999 graduate of Michigan State University, where he earned a bachelor’s degree in journalism with specialty in kinesiology.