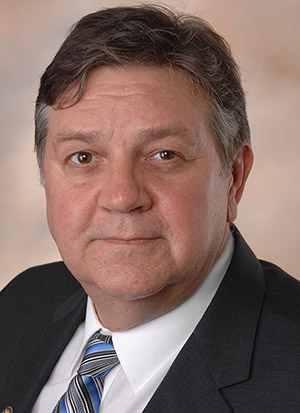 Former U.S. Representative Dan Benishek, who represented northern Michigan and the Upper Peninsula for three terms in Congress, died last Friday (10/15) at the age of 69.

Benishek was a Republican from Crystal Falls. He made veteran affairs one of his top priorities while serving. He represented Michigan’s 1st District from 2011-2017.

“We are heartbroken by the sudden loss of a loyal friend, a loving husband, a dedicated grandfather and a tireless advocate for Northern Michigan,” his family said. “As a doctor and surgeon, Dan saved countless lives in our community. His work in Congress made a difference for veterans across the country and protected Michigan’s natural wonders for years to come.”

Benishek was born in Iron River in 1952 and worked at his family’s business, the Iron River Hotel, until he was 18. He attended the University of Michigan and Wayne State University Medical School, according to his family.

He worked as a surgeon for two decades at the Iron Mountain VA Medical Center.

MAB President/CEO Karole White said, “The Congressman was always accessible to his constituents and met with Michigan Broadcasters in person each time we wanted to meet with him. He was a strong supporter of local broadcasters and signed the Local Radio Freedom Act every year it was introduced.”

He leaves behind his wife Judy, five children and five grandchildren.