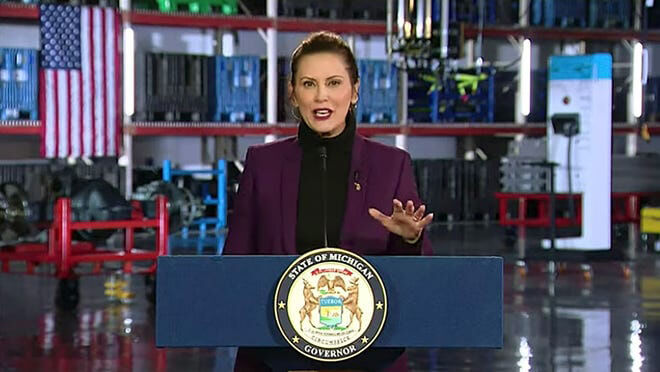 Michigan Governor Gretchen Whitmer delivers her State of the State address on January 26. 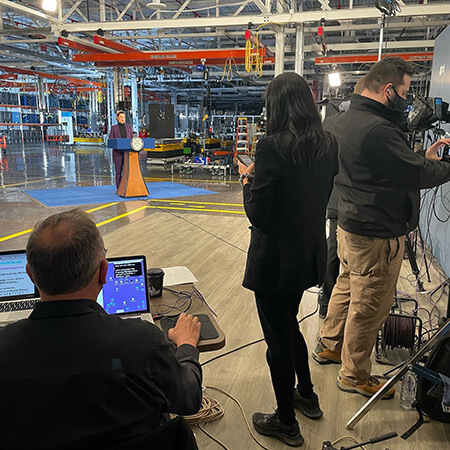 We are proud to announce that 64 Michigan broadcast stations – 30 television and 34 radio – carried the Governor’s 2022 State of the State address this past Wednesday (1/26) night.

The list of stations includes members of the MAB as well as the Michigan Association of Public Broadcasters (MAPB). The MAB provided commercial television broadcasters with a “clean” feed of the Governor’s address which was delivered remotely from the factory floor of Detroit Diesel.

The MAB thanks the crew at WDIV-TV in Detroit, who provided the staff and resources to deliver the Governor via satellite to the entire state. Special thanks go out to WDIV Vice-President and General Manager Bob Ellis and News Technical Operations Manager Ian Rhodes for their assistance and guidance.

“I first want to compliment [WDIV] for airing the State of the State and working with us to produce it. It was an incredible effort on behalf of everyone at the station,” said Governor Whitmer on Thursday.

Public television stations had their traditional coverage of the address anchored by longtime Senior Capitol Correspondent Tim Skubick and panelists from the capitol press corps and guests provided analysis following the address.

Following is the roster of stations who devoted time on-air and/or streaming to better inform the citizens of Michigan: (Did we miss your station?  Let us know: dkelley@michmab.com)