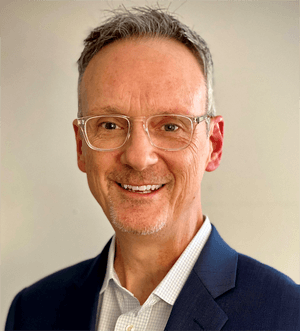 CBS News Detroit has announced that Paul Pytlowany has been named news director of WWJ-TV (CBS 62) and WKBD-TV (CW50).

Pytlowany recently served as the WWJ and WKBD’s director of local production and community affairs since 2017. As part of his new position, Pytlowany will also play a role in helping CBS News Detroit with its upcoming 24/7 streaming channel serving the city.

Last month, CBS News and Stations announced plans to launch CBS News Detroit. This marks the first time WWJ will have its own full-scale local news department since becoming a CBS Television Network-owned station in 1995.

“Paul has been a key architect in the design of our plan to make history with the launch of CBS News Detroit,” said Brian Watson, vice president and general manager of CBS Detroit. “As someone who has spent his entire career with our stations and lives and breathes Detroit news, he is uniquely qualified to execute our vision of converting our local neighborhoods into the newsrooms that will serve as the backbone of CBS News Detroit. Paul is an experienced and respected manager and a tremendous storyteller who will draw on his experience and insights to help our team deliver hyper-local news coverage that resonates with viewers across our broadcast and streaming channels.”

“It is a thrill for us to continue to move forward with our plans for creating the newsroom of the future by making Paul the first executive hired at CBS News Detroit,” said Adrienne Roark, CBS Stations president. “He has put his heart, soul and a lot of brainpower into conceptualizing a first-of-its-kind local news operation that will utilize the latest advances in newsgathering and streaming technology, and we are excited to have him lead our efforts to hire the rest of our team.”

“It is an honor to be named news director of CBS News Detroit,” Pytlowany said. “I am grateful for the support I have received from Brian and Adrienne, and I am excited to work with our current and future colleagues to be part of writing a new chapter in the history of local news and community service right here in Detroit.”

Pytlowany has also functioned as the inventor and producer of the Emmy Award-winning “Eye on Detroit” features, airing daily on WWJ-TV during CBS Mornings, showcasing positive reports about people and places across metropolitan Detroit.