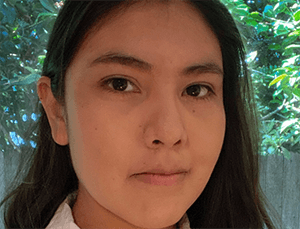 Before joining WKAR, Melorie was a multimedia journalist for KLCC-FM in Eugene, Oregon.

With Begay adding depth to the news team, Michelle Jokisch Polo will be temporarily stepping away from the Weekend Edition host position to put more time toward the ¿Qué Onda Michigan? weekly podcast and radio feature and Latinx reporting.

Begay recently did a special interview with WKAR’s All Things Considered host Sophia Saliby saying, “I’m most excited to tell stories that are important to folks in mid-Michigan,” said Begay. “I’m interested in telling stories about the environment and how they impact everyday people. I’m also interested in reporting on stories that are hyper local and community centered.”

Melorie Begay has a BA in Journalism and Mass Communications from the University of New Mexico, where she interned at the local public radio station KUNM.