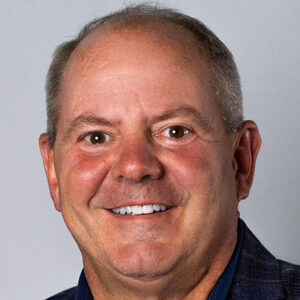 Judson Beck is the new Vice President/General Manager of Nexstar’s WJMN-TV (Marquette) and sister station WFRV-TV (Green Bay).  Judson, a 37-year broadcasting veteran, replaces Mike Smith.  Smith has retired after 7 years at the helm of the two stations and after 35 years in the business, working as a National Sales Manager, General Sales Manager and eventually Vice President/General Manager.

“You stick around long enough and they have to do something with you so I went from a local account exec. to a national sales manager to general sales manager and then I’ve been general manager here for 7 years. It’s been a great time,” explained Smith. 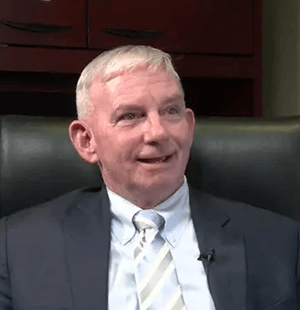 Beck is a veteran of the United States Navy and has served in Operation Desert Storm and Desert Shield aboard the USS Durham.  He has a Bachelor’s degree from Southeast Missouri State University in Cape Girardeau, Missouri. He has previously served as Vice President and General Manager of WLAX-TV/WEUX-DT (FOX), the company’s television station serving La Crosse and Eau Claire, Wisconsin, from 2015 to 2022. Before he joined Nexstar, Beck spent a large part of his career working with CBS and News Corp in Chicago.

Beck serves on the executive board of the Wisconsin Broadcasters Association, The Boy Scouts of America (La Crosse), and The Parenting Place, and is a member of the Viterbo University Advisory Board.

“I am deeply grateful to Nexstar for this promotion and for giving me the opportunity to lead the company’s broadcast and digital operations in these two important markets,” explained Beck. “I am excited by what lies ahead, and I am looking forward to deepening the presence of WFRV-TV and WJMN-TV in their respective communities of Green Bay and Marquette,” he said.

Beck began his new position on May 31.