Although we don’t often use the term “User Experience” (or UX) when talking about radio, broadcasters often spend countless hours obsessing over the experience that they provide for their fans. Unfortunately, too often, they focus on only a piece of that user experience — the “Listener Experience.” Listening, of course, is how most audience members experience a radio station, but it is by no means the only way fans can experience the station.

Before the advent of the internet, listeners could also encounter the station by meeting the street team at promo stops or seeing DJs introduce bands on stage at concerts. The web, of course, has dramatically increased the number of audience touch points a radio station has. Last year, I put together this checklist of ways in which users can experience a radio station that every broadcaster should monitor.

Do you know what happens when somebody searches for your radio station in the Google Play or Apple app store? When is the last time you checked?

I’ve done some poking around lately, and I was surprised by what I found. For example, when you conduct a search for “KROQ” in the Google Play Store, here’s what you find in the search results:

The first result is a paid advertisement for Duck Duck Go, so nothing can be done about it, but its presence adds to the confusion surrounding the following results.

Audacy aims to drive listeners to its all-encompassing Audacy app, so the company’s stations do not have individual mobile apps. (You can debate the merits of that strategy amongst yourselves; I can see arguments on both sides of the issue.) But while Audacy doesn’t have an app that uses “KROQ” in its name, somebody else does — and it ranks higher than the Audacy app in the store’s search results! There’s a very good chance that a listener who types “KROQ” into the app store will mistakenly download the unofficial app.

This issue is not confined to just one broadcasting company. A search for “K-Love” also yields multiple results:

A search for “Z100” produces so many results, I couldn’t capture them with a single screen grab:

Yes, there is more than one radio station named Z100, but not all of those apps were built by radio stations. And like most listeners, I don’t have time to figure out which ones are really legit.

Like many broadcasters, these three have spent decades building themselves into premiere brands; that’s an investment worth protecting. But how?

During my early days as a radio consultant, my colleague Mike Stern gave me an excellent tip: “Never give legal advice; always tell them that they should talk to a lawyer.” So I did. 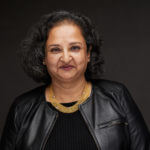 Ronnie Raju is a Partner at Wilkinson Barker Knauer, and she specializes in trademark law and brand protection. I asked her what a radio station should do if it discovers app developers trying to take advantage of its brand name. She told me:

“If the radio station did not give permission for the use of its trademark, it should not ignore this infringement. At the very least, it should consider sending a cease & desist letter to the mobile app developer. It is the radio station’s responsibility to police its mark and prevent unauthorized third parties from using the same or similar mark for the same or related goods and services. If the radio station fails to enforce its trademark rights, the mark is weakened and in the worst case scenario, it could be considered abandoned and available for anyone in the marketplace to use.

In other words, if another mobile app developer is trying to cash in on your station’s good name, call your attorney. Immediately.