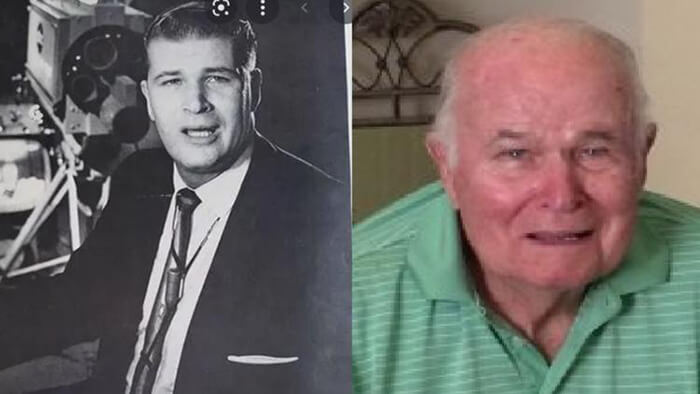 A well-respected leader among journalists, Hogan was elected by his peers to serve as president of the Radio-Television News Directors Association (now the Radio Television Digital News Association).

Along with being the News Director, he was the news anchor and co-host for the long-time "Eyewitness at Noon" along with Dick Richards.

Hogan was responsible for hiring the first meteorologist in the West Michigan area when he brought Craig James to TV-13 in 1973. A year later, he hired Bill Steffen to work alongside James.

After leaving WZZM, Hogan was hired as an assistant manager for the City of Grand Rapids.

Rather than retire in later years, Hogan happily worked as a greeter at a Meijer store. On his job application, he listed two personal references: Owner Fred Meijer and former President Gerald Ford.

Eventually, he moved to Florida, where he was elected to serve on the Clermont City Council.

Hogan is survived by his beloved wife, Jackie; his son, Scott; his daughter, Kristin; and several grandchildren. He is fondly remembered by his colleagues for his sound news judgement, his engaging personality and his ability to attract, develop and retain great talent.

In a post, the station wrote that there are legions of journalists and former journalists across the country who can proudly say, “Jack Hogan gave me my start.”