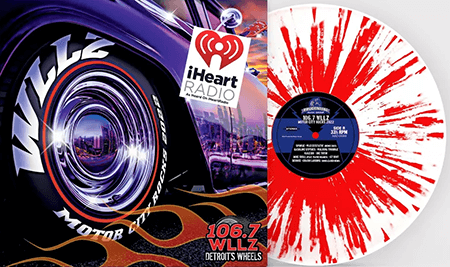 iHeart Media's WLLZ-FM (Detroit) will release a new vinyl album, entitled "Motor City Rocks 2022," to honor the station's rock legacy. "Motor City Rocks 2022" was manufactured at Third Man Pressing in Detroit, and made in collaboration with Prudential Music Group executive producers Jason Hartless Sr. and Jason Hartless Jr. The album's official release date is August 12.  It will be available at record stores across the metro Detroit region and limited to an exclusive 1,000 copies.

"We were looking for something that would honor the original WLLZ," said PM Drive host Doug Podell. "In Detroit, we are so lucky to have a wealth of local artists that are worth featuring and with the explosion of vinyl albums making a comeback -- this seemed like a perfect project."

"If you're a music lover, you'll appreciate this album and want it to be a part of your collection," added Program Director Casey Krukowski. "This is a real slice of Detroit rock history."