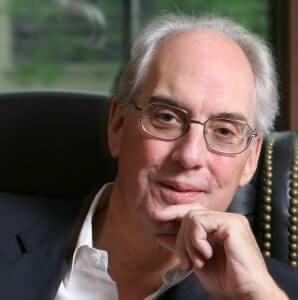 In a release early Monday (8/22), the company announced “with great respect and sorrow” the passing of Ed Christian.

Christian bought WCER AM/FM (Charlotte) in 1970, but would sell the stations three years later to become VP/GM of 100.3 WNIC Detroit. He would then rise to President of Josephson Communications until purchasing the company for $38.5 million to form Saga. The company currently owns 104 stations and 80 translators across 27 markets.

Under Christian’s leadership Saga in 1992 became a publicly traded company.  Saga has historically been one of the radio industry’s strongest performers on Wall Street, and the company recently increased its quarterly dividend payment; SGA went ex-dividend on June 10.

"Broadcasters have lost a true legend with the sudden passing of Ed Christian. Ed was a personal friend, and he was an amazing mentor to so many of us. He wasn’t just a “radio guy,” he had an unwavering passion for radio that remained with him until his final breath. He had an innate industry vision, and he was one of our industry’s greatest cheerleaders.

Personally, Sue and I will miss Ed’s counsel, wisdom and sense of humor. He always had time to “talk radio” and had an encyclopedic recall of station history, from call letters to format to ownership. Ed had a special place in his heart for small market broadcasters – it was in the small Michigan town of Charlotte that he started his storied career.

Ed Christian was truly one-of-a-kind, and he will be greatly missed. Our thoughts, prayers and love go out to his wife Judy, children Eric and Dana, grandchildren and the entire Saga Communications family." 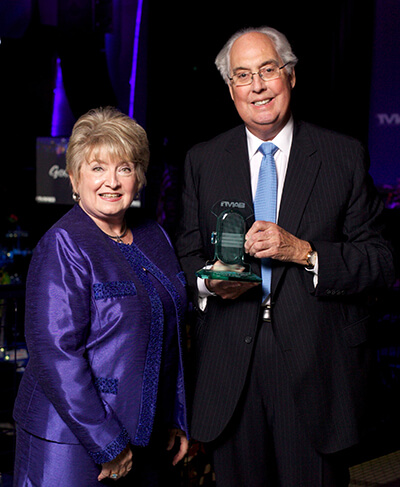 Then-MAB President/CEO Karole White with Ed Christian when presented with the Lifetime Achievement Award in 2012.

"Heartbreaking. He was one of the smartest broadcasters I ever met. His stations excelled. When I needed answers I could always run ideas by him. We've lost a true pioneer. Condolences to the Saga family."

"I served on the National AP Broadcast Advisory Board with Ed. He offered much insight into the direction of the business and was a dedicated broadcaster. May he RIP."

“Ed Christian built Saga Communications into one of the preeminent radio groups in the country through keen business sense and a deep understanding of the power of local radio. He was a passionate defender of broadcasting whose leadership helped secure a bright future for the radio community. NAB extends our condolences to his family on their loss.”


It was announced Thursday (8/25) that the company has named media broker and former Doubleday exec Gary Stevens as its new board chair and signed a new employment agreement with Chief Operating Officer Warren Lada, who is serving as Interim President and CEO until Christian’s permanent successor is selected.

UPDATE (9/1/22):  Ed was predeceased by his parents Dorothy and Ed Christian and is survived by his wife of 56 years, Judy, his son Eric (Laura), daughter Dana Raymant (Peter) and grandchildren, Sera, Amanda, Nathan and Lucas. A memorial service honoring the life of Edward K. Christian will be held at Historic Trinity Lutheran Church located at 1345 Gratiot Ave, Detroit, MI 48207 on Saturday, October 1st at 10:00 am with a reception immediately following. The family has selected Florida Studio Theater (FST) of Sarasota, Florida and the Broadcasters Foundation of America for charitable contributions honoring Ed’s life.